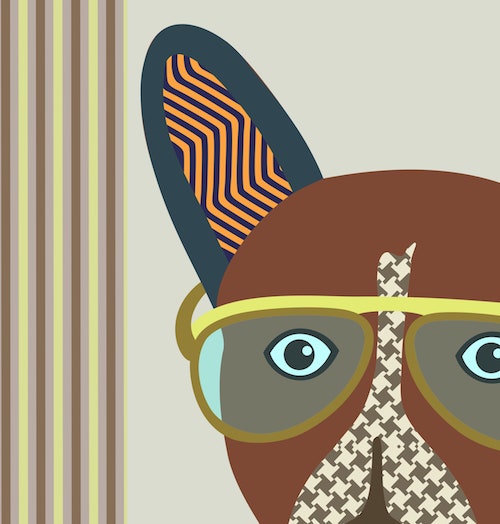 When is a terrier not a terrier? Well, certainly when it’s a Tibetan Terrier,  a name classification it got from early travellers from the West when they caught the first glimpses of these dogs and thought they resembled known terrier breeds.  It’s also probably a Silky Terrier because technically, the Silky is a member of the AKC’s toy group, though its ancestry is firmly all-terrier.

A terrier is also not a terrier when it’s a Congo Terrier. The first westerner to spot a “Congo Terrier” was probably Georg Schweinfurth, an explorer who saw them during an expedition to Africa in 1869. Though he called them, “Niam-Niam dogs,” for the tribal “neighborhood” in which he saw them, they were also called by the name of the greater region: The Congo.

On the record, the “Niam-Niams” arrived in England in 1936 courtesy of Mrs. Olivia Burn, and in 1923, Lady Helen Nutting transported six of them from an area west of Meridi in Central Africa, none of whom survived the distemper they got on arrival. That said, specimens must have been brought in far earlier because sources write that in 1895, the Niam-niam dog was displayed at the Crufts dog show as the “Congo Terrier,”  and in the 1890s,  a Congo Terrier was also to be seen in the Paris Zoological Park.

If you’ve never heard of the Congo Terrier, it’s because the name didn’t stick. In the late 1930s, the Congo Terrier was formally brought into the Kennel Club and renamed the “Basenji,” its Bantu name meaning “village dog.”

Image: “Basenji” by Nigerian-Canadian, Lanre Adefioye whose work can be seen and purchased here

One thought on “When is a Terrier Not a Terrier?”