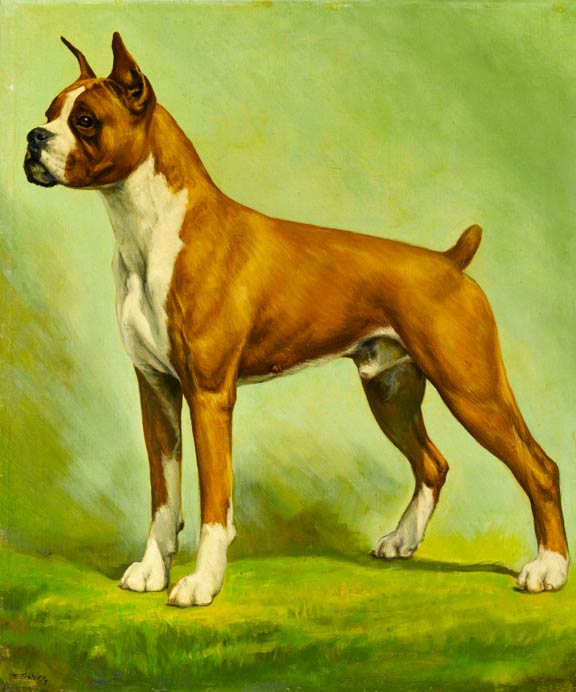 There is only one Boxer.

This terrific breed originally developed in Germany toward the end of the 19th Century is one of the world’s most popular breeds, but if one is looking to add a Boxer to their family for the first time and they start their search on the Internet, they will come across terms that can be confusing: British Boxer. German Boxer. American Boxer. Euro Boxer.

We circle back to our opening sentence. There is only one Boxer, and this is made clear by the essential qualities of the breed set forth by the breed standards of registries like the AKC, UKC, Kennel Club, and FCI. There are no official sub-categories or variant types in the breed, and most major canine organizations don’t make a formal distinction. It seems, however, that there is an informal distinction between Boxers from different countries, and it is found in some discernible differences.

Why are there differences in one breed?

Certainly, there are different interpretations of breed standards, and one could make the case that it would be more accurate to characterize these dogs as “American-Type Boxer,” “Euro-Type Boxer,” “British-type Boxer,” North American Boxer, and so on.

As the breed made its way to different countries, breeders may also have developed specific preferences when it came to the physical characteristics of the breed, and they bred them accordingly.

Sadly, one can’t ignore the fact that “bottom-line-breeders” charge higher prices for a puppies characterized as being unique. Novices to the business of finding their first Boxer may be enticed by having a “Euro-Boxer,” and for that reason alone, we think there’s a place on our site to explain all this more fully.  For our part, we believe that potential owners can do no better than to start their search for a breeder with the national breed club, particularly if they want to exhibit their dog. Those clubs can be found on the websites of registries like the AKC, FCI, CKC, etc.

As we have no dog in this fight, so to speak, we simply share a general overview of what we’ve gleaned from various sites in the interesting of edification. Our own leaning is to always stick to the breed standard.

We start with the most obvious difference that will be found in the ears and tail: Cropping and docking is banned in many countries.

A “German Boxer” (also called the Euro, or European Boxer), as compared to other Boxers, is said to have slightly larger, more dense bones making the entire dog a bit larger and substantial. They are the stockiest of the three, and are probably the most similar to their ancestor, the Bullenbeisser. Their legs tend to be longer, their musculature more pronounced and defined. Another difference is seen in the head. A “German/Euro Boxer” has a 1:2 ratio between the length muzzle and the length of their skull. This means they have a shorter “snout” compared to American Boxers, but wider than the UK Boxers.  Because their coats, including their “jackets,” aren’t as tight as an “American Boxer,” they can have a somewhat wrinkled appearance all over and not just on their face.

A “British Boxer” is characterized as being sleeker, more “lithe,” and more stylized than other Boxers, and some see these dogs as being more athletically agile than the others. They have shorter legs and more slender bones, and thus they are said to be the smallest of the supposed Boxer breed types. They have small feet, and having very high knuckles makes them seem quite graceful in the eyes of some.  A common description is that the English Boxer has more elegance than the German Boxer,  and more substance than the American Boxer.  The British Boxer’s head has a 1:3 ratio, but in the view of some, its skull is often too “wet,” which is to say the dog may appear to have excessive wrinkles and thick skin.

“American Boxers” have a gently sloping topline with no breaks or dips, and a very clean neck. They have denser coats and tighter skin, so adults have fewer wrinkles. Observers say that the “American Boxer” is the easiest to recognize because of this absence of wrinkles in adults.  The American Boxer also has a 1:3 head ratio, its nose and muzzle are wider than the others, and they exhibit more chin.  Compared to the “British Boxer,”  these Boxers are slightly taller and stand differently because of larger paws and smaller knuckles.

As we are an American based site, our image is of an iconic Boxer that did exceptionally well in American show rings, Ch. Bang Away of Sirrah Crest bred by Friederun von Miran-Stockmann and owned/handled by Donald G. Reid, DVM. Bang Away has been described as the greatest Boxer ever to step paw in an American show ring. To our knowledge, the painting created in 1957 by T. Tashira is now in the collection of the AKC Museum of the Dog. You can read more about Bang Away here and here.