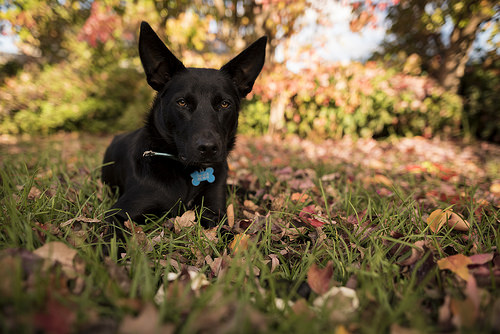 As the story goes (which is what we always say when we don’t know how else to start), the Rutherford strain of Collies from Scotland had been breeding pure since 1760 when Andrew Rutherford started the line. It was his son, Gideon, however, that history credits for the dogs. In time, Gideon raised a family, and six of the Rutherford boys emigrated to Australia. One of them, John, asked his big brother left behind to run the family farm at Kildonan, Scotland, to send him a couple of dogs. “Clyde” and “Lassie” soon arrived, and the pair would become the basis of the Rutherford Rough Colly (or Collie) in Australia.

The Rutherfords continued to export their Collies from Scotland to Australia for several years. John would go on to become a respected breeder, as well as an active competitor in sheepdog trails. The impression these dogs made at trials led to purchasing offers that would have been outrageously exorbitant prices for a dog in those days. Rutherford Collies not only became popular stud dogs in other breeding programs, they became legendary in rural Victoria and across Australia. Forty years later, they were still being imported into Australia to work.

We’re mentioning the Rutherford Collie because these well-built, thick-skulled, and smooth-haired dogs with the wicked stamina and courage factored into the ancestry of the Australian Kelpie. Early Australian herdsmen in a rugged land were always “tweaking” the lines of their working dogs in the endless quest to create a better herding dog, and the Rutherford Collie would have been irresistible to them. It is certain that “Kelpie,” smooth collie bitch owned by J.D. “Jack” Gleeson was bred to an all-black dog named “Tully’s Moss,” a Rutherford Collie, and together they produced a superb of working dogs. It’s also certain that the Rutherford line was bred back into Kelpie bloodlines by Gerald S Kempe, and other kelpie breeders. Some breed historians go so far as to suggest that it would be folly to assume that Border Collie lines in Australia and New Zealand weren’t also crossed with Rutherford collies by hard tacked, practical stockmen.

As to what became of this fantastic strain of working collies, we don’t know if they died out, or can still be found in remote farms of Scotland. At a minimum, their legacy lives on in the Kelpie, a breed that can boast of easily 100,000 dogs working in Australia. Lithe, hard muscled, and utterly fit, it’s been said these dogs would rather work than eat. Watch the video below and see if you can’t agree – and don’t take your eye off the dog or you’ll miss its legendary scampering across the backs of sheep: