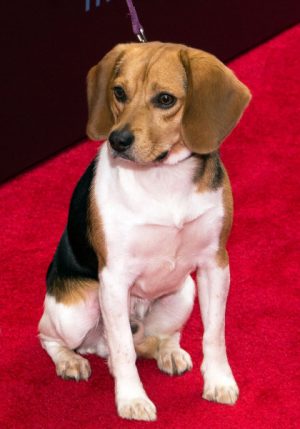 Every writer and movie director knows you must never, ever kill the dog.

The makers of the hugely successful John Wick action-thriller media franchise ignored this caveat and used the death of a puppy to provide motive for the main character, John Wick.  It wasn’t an easy decision. John Wick screenwriter, Derek Kolstad, revealed that the movie’s directors had to fight with producers over the decision to kill Wick’s beloved dog.

As the plot goes, retired hitman John Wick (played by Keanu Reeves) tries to live a quiet life after the tragic death of his wife, Helen. Thieves, however, break into his house, steal his car, and murder “Daisy,” the Beagle puppy his wife left to keep him company. The pup’s death makes the audience sympathetic to Wick’s return to his violent ways.

We suspect most of our readers might secretly agree that a slow and painful demise to anyone who kills a puppy is too good for them, and perhaps that’s part of the success of the John Wick movies. He pretty much massacres everyone involved in the horrific incident, and that’s probably fine by dog lovers. As a plot device, it launched the main character’s revenge tour, and it was Daisy’s death that inspired the line, “Yeah, I’m thinking I’m back.”

A trainer from Animal Actors International, Kim Krafsky, was tasked with the job of finding just the right dog for the role, and the job was made a bit easier because filmmakers knew from the start that they wanted a Beagle. It took Krafsky and her team about two weeks (and meeting over two dozen Beagle puppies) to find just the right youngster for the part, and 8 month old  “Andy” was that dog.  The offspring of hunting Beagles, Andy was purchased from an upstate New York breeder.

This was Andy’s first movie role, and not surprisingly, he was extremely popular on set. He took to Keanu Reeves right away, but Omer Barnea, the actor who had to “kill” Andy, felt horrible about his part in the film. As Kim Krafsky recalled, every time the director yelled “cut!” Barnea scooped Daisey up for a cuddle.

After filming ended, Andy took to the press circuit with the rest of the cast, and walked a few red carpets with Keanu.  Andy eventually returned to the Animal Actors International farm in New Jersey where he awaits his next big role.

Photos found on Pinterest and happily credited upon receipt of information