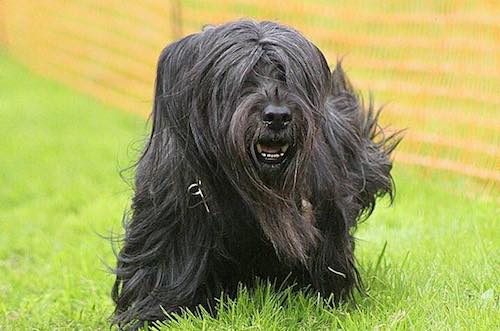 Prick ears and drop ears are both acceptable ear carriages in the AKC Skye Terrier breed standard, and both can be found in the same litter, but genetically, the prick ear is much more dominant, and one doesn’t see a drop eared Skye Terrier very much these days.

It wasn’t always so.

In 1840, Queen Victoria kept both drop and prick eared dogs, but it’s said that her particular fondness for the prick ear is what made that type of ear in the breed popular. 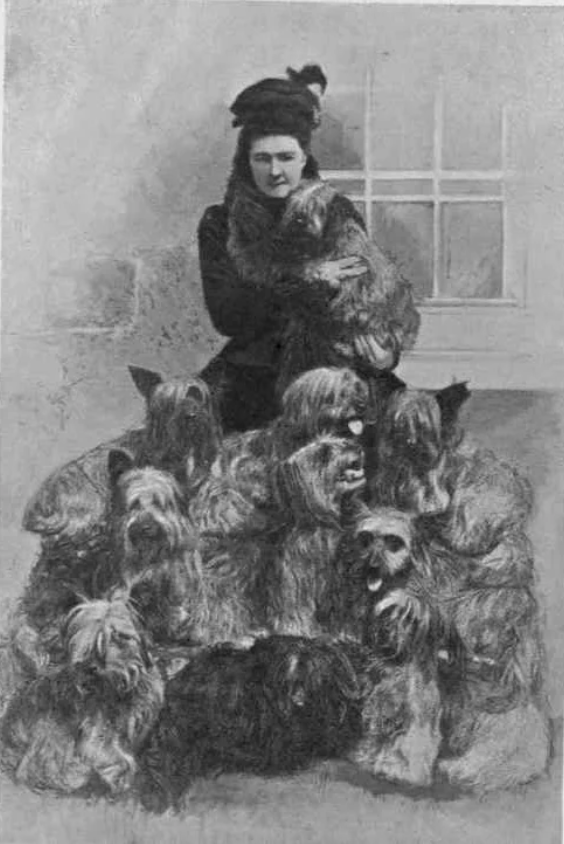 Interestingly, someone famous for an entirely different breed also kept Skye Terriers, and that was Dudley Coutts Marjoribanks, the first Baron Tweedmouth of Golden Retriever fame. Indeed, at one time, he was better known for his Skye Terriers than he was for his retrievers, and they were the only terriers that his daughter, Ishbel Marjoribanks, kept at her home, Guisachan (named after her father’s estate in the Highlands near the village of Tomich) after her marriage to John Hamilton-Gordon, the Marquess of Aberdeen and Temair.  We believe that the names of some of the dogs in the photo with the Marquess are Chluarain (Thistle), Feuriach (Little Squirrel), Monarch of Haddo, Darkie, Coulaig (Little Darling), , Bheown (Mountain), Fraoch (Heather), and Angus Grey.

It is baffling why a breed so beloved at one time has fallen into perilous times. In 2013, Skye Terrier registrations in the United Kingdom fell to just 17 puppies, and while those numbers grew back to 50 registrations in 2018, the UK’s Kennel Club considers any breed with fewer than 300 registrations a year vulnerable and unsustainable.

In the United States, the registration numbers were only slightly better in 2013 with 63 individual Skye Terriers registered, and because there were only six litters registered in the US during that year, many of those 63 pups came from the 12 litters in 2012. Consider that the Paisley and the Clydesdale Terrier, both relatives of the Skye, vanished in the last century.  The threat facing this marvelous breed is quite real.

How do you help? Certainly awareness is a beginning, but if you’re in the market for a new breed, research the Skye Terrier. If it’s characteristics are a good fit, contact the parent club to find a heritage breeder and buy a Skye Terrier puppy. You wouldn’t be saving a dog, you’d be saving a breed. Our post title, “You Don’t See As Many of These Anymore,” refers not only to drop ears, but sadly, to the breed. Without help, the breed may disappear completely within 40 years. #SaveOurBreeds