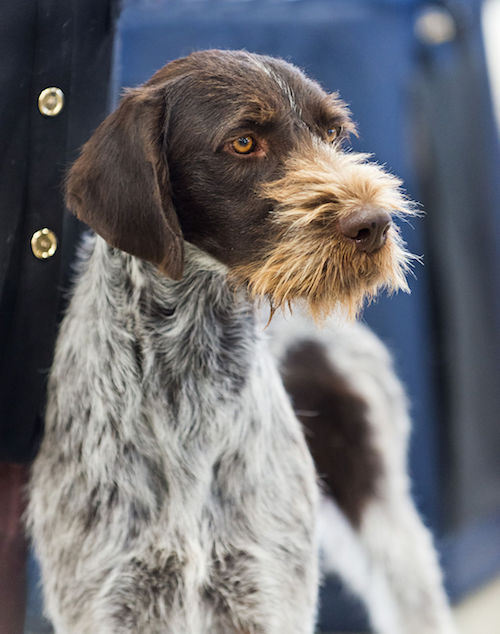 One hundred years ago, some 100,000 tigers lived across Asia,  but between hunting and loss of habitat, that number fell to around 5,000, many of them in India. No one really knows exactly how many are left, but Cambodian conservationists got really excited when a tiger’s paw print was spotted in north eastern Cambodia in 2007. To find out whether any of the endangered species were left in one of the country’s biggest national parks, camera traps and field surveys were set up, but both failed to turn up any trace of tigers in the Seima Biodiversity Conservation Area.

In 2009, Cambodia tried something different.

It became the first country in South-east Asia to employ scat-sniffing dogs to search for Tigers , a method pioneered in Russia’s Far East. The dogs in Russia were originally used to identify individual Tigers by matching scat found in the field to an existing reference collection of known animals. Since then, individuals are identified from fecal DNA, but dogs still help with scat collection in the field. DNA evidence enables researchers to estimate a baseline population for Tigers in the area.

As part of a 10 year plan aimed at increasing the population of the giant cats in south east and east Asia by 50 per cent, the first sniffer dog named “Maggie” arrived in Cambodia in February, 2009, to begin work in the 1,158 square mile park sniffing trees and undergrowth for the droppings of any tigers that might remain. Bringing in Maggie, and eventually adding another dog is part of a $10 million initiative launched in 2006 by New York-based Wildlife Conservation Society and the wildcat conservation group, Panthera (the only organization in the world devoted exclusively to the conservation of the world’s 40 wild cat species and their landscapes).

More recently,  the Conservation Canines program at the University of Washington has been training dogs on the center’s vast 4,300 acres to pick up on scat from specific species. Over 40 dogs, many of them rescues,  have been trained to sniff out up to twelve species that include wolverines, tapirs, iguanas, and orcas. A black Labrador Retriever, “Scooby,” has learned more species than any other dog: 21!  These dogs have also visited Cambodia, specifically to located Dholes (a canid native to the area).

An abstract on search strategies for conservation detection dogs can be read here.