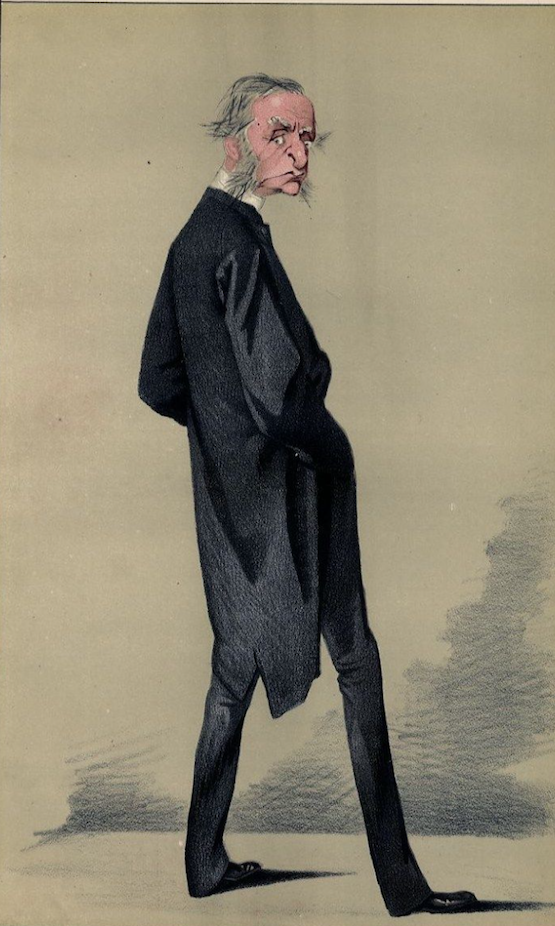 It was said of him that he did many interesting things in a short lifetime, but few of them supremely well and almost none without controversy. We’re not sure if this is a complimentary epitaph, or not.

His name was Charles Kingsley, and that he died in 1875 offers perspective into the man because of the times in which he lived. He was the oldest of six kids (that survived, anyway),  and was a jittery, delicate child whose early bout with cholera left him with a lifelong intestinal weakness. As if that wasn’t enough, Charles also suffered with a stutter all of his life. Still, he was an imaginative boy who shared his father’s passion for sports and natural history. As an adult, he would take to rowing and riding to hounds, the latter being our only reference to his connection with dogs until further down.

A precocious interest in writing poems and even sermons made his eventual vocations as a clergyman and poet unsurprising. Sometime around 1842, Charles was ordained to the curacy of Eversley in Hampshire where he immediately showed an energy devoted to the plight of the poor.

Charles had religious doubts, though he was a fervent Anglo-Saxonist and highly critical of Roman Catholicism (he said, “truth, for its own sake had never been a virtue with the Roman clergy.” Ouch). He didn’t much like the Irish, either. Nevertheless, in 1859, he was appointed chaplain to Queen Victoria, and later, he was appointed tutor to the Prince of Wales who would later become Edward VII. Later still, he became canon of Westminster.

Charles married a woman with a predilection for celibate life associated with an Anglican sisterhood, but they did have one child, Mary St Leger Kingsley who would herself become a Victorian novelist writing under the pseudonym, Lucas Malet.

He was Charles Darwin’s friend and exchanged correspondences with the naturalist. Indeed, Charles K. was sympathetic to the idea of evolution and was not only one of the first to welcome Darwin’s book,  On the Origin of Species, but his comments on it were added in an edited version to the next edition of Darwin’s book.

He became the ideal of “Muscular Christianity” through his books and active, multi-faceted life.

He is perhaps best known in his day for an enduring fascination with the sea that was later reflected in his books, Westward Ho! which, as an aside, led to the founding of a village by the same name which remains the only place name in England with an exclamation mark.

We remember Charles Kingsley, however, for a quote from his better known work, a children’s book:  The Water Babies:  “When all the world is young, lad, And all the trees are green; And every goose a swan, lad, And every lass a queen; Then hey for boot and horse, lad, And round the world away: Young blood must have its course, lad, And every dog his day.”

A little over 100 years later, Andy Warhol would bring the quote up to date when he said: “In the future, everybody will be world-famous for 15 minutes.” The line is such a significant part of pop culture that inquiring about its exact wording is one of the seven FAQs on the Andy Warhol Museum website.  That said, Warhol may not intended for the line to mean that one day, every person will be world famous for 15 minutes, but rather that fame, already fleeting, will be more so in the future.

In the dog show ring, one can encounter yet another interpretation of Kingsley’s famous quote particularly when a prominent dog who is expected to win a show, doesn’t. Seasoned owners and/or handlers will shrug their shoulders and say, “It’s a dog show.”  Which is to day that there will be another dog show and the outcome may be different.

If the words ever pass your lips, think back on ol’ Charles Kingsley.

Image: Caricature of Charles Kingsley by Adriano Cecioni published in Vanity Fair in 1872.