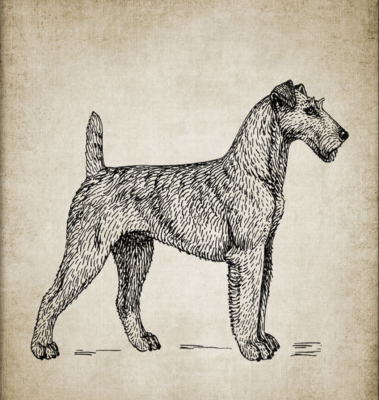 Her name was Ériu. She was the daughter of Ernmas, the mother goddess of a supernatural race in mythology known as Tuatha Dé Danann. Her sisters were Banba and Fódla, and together, the three women were an important triumvirate of goddesses (though Ériu probably eclipsed the other two since she became known as the Matron Goddess). When the Gaels arrived from Hispania becoming the last race to settle in that land, the sisters asked only that their name be given to their country. Their wish was granted, but ultimately, only Ériu’s name came to be associated with the land some still call “Éire” (trumping the sisters again). You might have even uttered her name on St. Patrick’s Day if you ever said, “Erin go Bragh,” the Anglicization of the phrase, “Éirinn go Brách” used to express allegiance to Ireland. It’s for this reason that the Irish Terrier is sometimes known as the “Terrier of Erin.” And now you know.

2 thoughts on “You Remember Her When You Say…..”