A few weeks ago, the voice of someone who sang about a cat named dog was forever stilled  Perhaps you remember her song:

When Norma Tanega released her first single (and as it turns out, her only hit) in 1966, the quirky song wasn’t all that odd, at least, not to Tanega: She really did have a cat named “Dog” whom she took for walks.

It wasn’t so much that Tanega was a “cat person.” Indeed, she had always wanted a dog, but her living situation limited her options, and so a cat it was. By turning the song into a “feel good” tune about freedom, “perpetual dreamin’” and “walkin’ high against the fog,” she in essence turned lemons into lemonade. The song hit #22 on the Billboard Hot 100 chart (and was a huge hit in England, as well as in Canada where it was #3), and was covered by artists like the T-Bones, Dusty Springfield, the Jazz Crusaders, and, if you can image, “Eve of Destruction” singer, Barry McGuire. Over time, Tanega probably became more recognized more as a songwriter than as a singer, though fifty years later, Tanega was “rediscovered” when her deadpan song, “I’m Dead,” was used as the theme song of the vampire comedy “What We Do in the Shadows.”

Born in Vallejo in 1939 to a Panamanian mother and Filipino father, Tanega was an art student from Long Beach who got a full scholarship to Scripps College and earned a master’s in fine art from Claremont Graduate School in 1962. After memory of her hit song faded, her second career was as an educator. After a few years in England, Tanego returned to Claremont, California where she was an adjunct professor of art at California State Polytechnic University in Pomona. She taught music, art and English as a second language in Claremont public schools. She also focused on her art.

For those of us who remember hearing, “Walkin’ My Cat Named Dog,” like it was yesterday it may come as a shock to learn that Tanega died last month at the age of 80.

And here is where our post takes a twist by ending with Dusty Springfield instead of Norma Tanega.

We felt compelled to pay tribute to this artist and hoped that we could eventually make a connection between her and purebred dogs, but it wasn’t to be. We found no evidence that Norma Tanega ever had had a dog, let alone a purebred breed. Same with Barry McGuire, or the group that launched him, the New Christy Minstrels. With Dusty Springfield, however, we saw enough visual evidence to proceed. Though we could not find information about the dog, we saw a lot of photographs with Springfield and this dog: 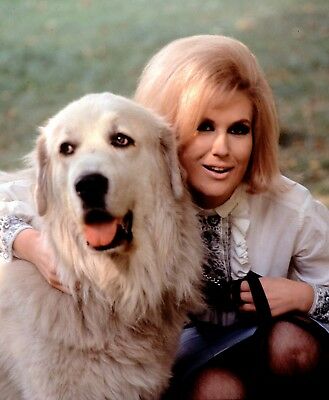 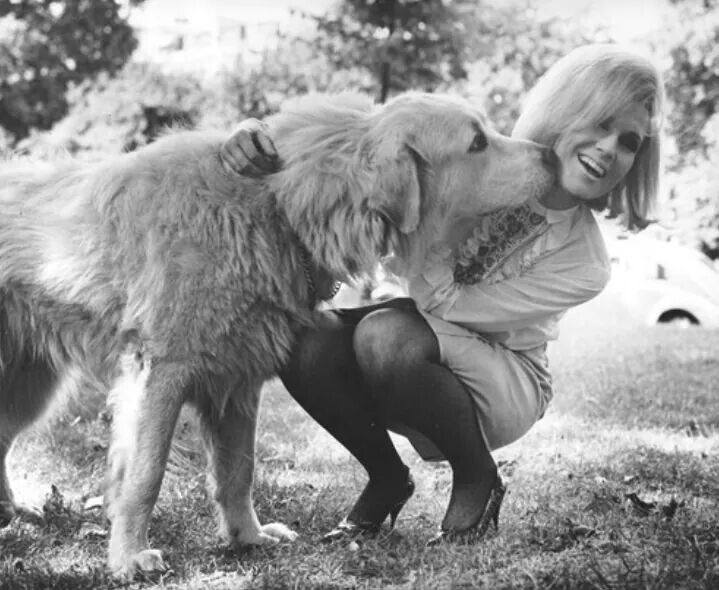 Can you hazard a guess about the dog’s breed?

We suppose we’re stretching, here, but Dusty Springfield by herself would have been reason enough to talk about her, though perhaps not on a purebred dog-centric site. She turned up at Alcoholic Anonymous meeting under her real name Mary O’Brien. When she realized that she would not be allowed to sing to black and white audiences sitting together during a tour of South Africa in 1964,  she refused to sing at all. Her visa was revoked, and she was put on the next plane out of the country, but she never stopped championing black music. A bi-sexual, Springfield had a five year relationship with Norma Tanega, and remember, now, this was over fifty years ago.  In time, her consumption of alcohol, cocaine and other drugs damaged an extraordinary voice.  And then in 1995, she discovered that she had breast cancer while making a new album.

We started with Norma Tanega, and it seems fitting that we conclude with Dusty. Even though her biggest hit as a single artist was, “You Don’t Have To Say You Love Me” which peaked at #4 on in 1966, we think, “Son of a Preacher Man,” was a better display of her smoky voice and sliding scale of emotions:

We doubt the likes of her will come along again any time soon.  She was quoted as saying, “I wouldn’t know how to handle serenity if somebody handed it to me on a plate.”