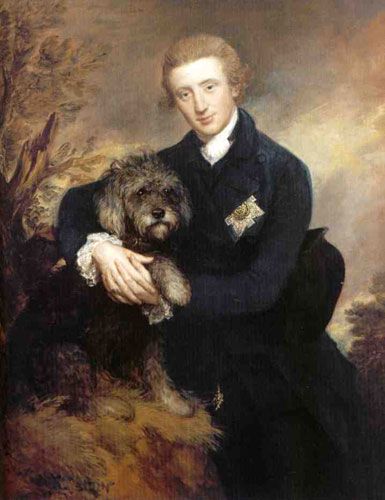 Back in the misty days of a young Scotland, stags liked to gather in a ravine known as Buck Cleuch, and in the 10th century, deer hunters did too. As the story goes, a young John Scott stepped in front of a cornered stag in that ravine. The buck was about to charge, and Scott seized it by the antlers and threw it over his shoulders before it could trample King Kenneth III.  As a reward for his bravery that saved the life of the King, John Scott and his heirs were referred to from that day forward as Buccleuch (the ‘buck from the ravine’), the honor of a patronymic name, Scott of Buccleuch.

Between the 12th and 14th centuries, Scott’s descendants were granted lands at the head of the Ettrick spreading along the border with England. One source narrows it down to 1322 and adds that it was King Robert the Bruce who gave Ettrick Forest to the Scott clan in recognition of their loyalty.

Much of the family’s lands and wealth were accumulated during the tenure of Henry Douglas-Scott, the 3rd Duke of Buccleuch and 5th Duke of Queensberry (1746 – 1812). Henry was educated at Eton College, palled around with the economist, Adam Smith who served as his tutor as they travel abroad together. He met Voltaire, and became lifelong chums with Sir Walter Scott. When he was only 21, Henry married Lady Elizabeth Montagu and together, they had seven children.

Henry would go on to make significant contributions to commercial and intellectual progress in Scotland. He became Governor of the Royal Bank of Scotland and served for thirty-five years, jointly found the national academy of science and letters better known as the Royal Society of Edinburgh, and became involved in a multitude of other activities from raising a regiment called the Fencibles to serving as a deputy lieutenant of Northamptonshire. Henry died at the age of 65, and we mention him because a portrait of him painted by Thomas Gainsborough is believed to be one of the two earliest known images of a Bearded Collie, (or more accurately, one of its ancestors); the other is a painting of the peer’s wife, daughter, and two dogs by Joshua Reynolds.