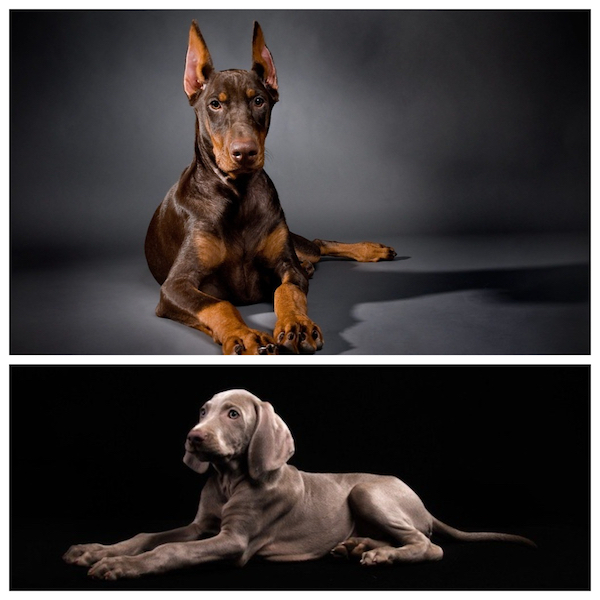 Karl Friedrich Louis Dobermann didn’t care very much about pedigrees. Like a chef more interested in the end result of a beef stew simmering on a burner, Dobermann used a “pinch of this and a pinch of that” to create the Doberman Pinscher.  Also like a flavorful stew in which no one flavor overpowers another, the Doberman Pinscher has so many breeds in its creation that no single one dominates.

Dobermann was unconcerned about where a dog came from as long as it suited his purpose. To paraphrase a line from the film, The Treasure of the Sierra Madre: “Records? We don’t need no stinkin’ records.” The point being that Dobermann didn’t keep detailed notes of his breedings. We do know that the names of some of the dogs he used were Schnupp, Pinko, Dietsch, and Bisart, but not what kind of dog each one was.  We also know that while most of the dogs used early on were likely mixed and/or strays, he did include the German Pinscher, Old German Shepherd, Beauceron, Rottweiler, Bullenbeiser, and a breed from the nearby town of Weimar, the Weimaraner.

We fast forward to present times. Occasionally, a Doberman Pinscher puppy will have a cowlick, and some people call this “The Mark of Dictator,” possibly because a Doberman named Ch. Dictator v. Glenhugel threw cowlicks in some of his puppies, though other dogs did as well.  And this is where the Weimaraner comes in.

A cowlick on a Weimaraner isn’t uncommon, though because the hair is so short, it often goes unnoticed. Some people call these hair patterns “the mark of Dorilio,” for a dog named Ch. Shadow Barthaus Dorilio, but it’s believed that because Weimaraners are in the ancestry of the Doberman Pinscher, the cowlick may have been passed down to both breeds from a Weimaraner that lived long ago.  We’ll probably never know with certainty, but it’s one of the things that makes the history of both breeds so interesting.

Weim owners may also be interested in reading about “Harrasburg Horns” and the “Grafmar’s Cap.”