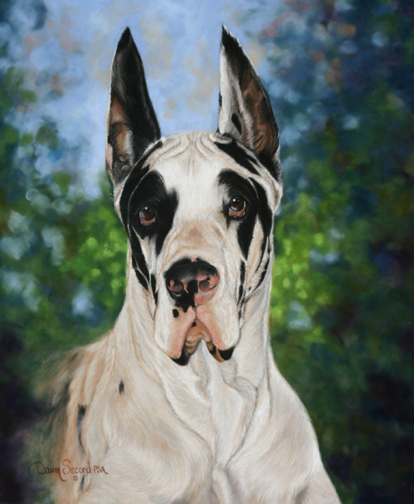 To our knowledge, only two AKC standards accept the harlequin pattern in their breed, and we’re pretty sure most of you will correctly identify the Great Dane as one of them. Can you guess the other?

From the Beauceron AKC standard: Gray, Black and Tan (Harlequin): Black and Tan base color with a pattern of blue-gray patches distributed evenly over the body and balanced with the base color, sometimes with a predominance of black.

We’d heard of the “Harlequin Pinscher, a strain developed in Germany that was recognized by the FCI in 1958, but as far as we 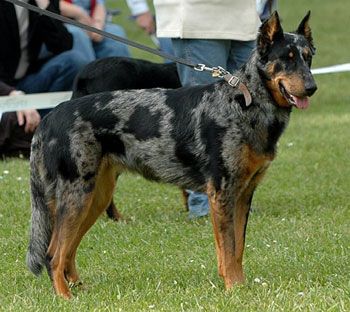 know, the breed failed because of health problems. The entire breed was said to be made up of merles. All of them. As Scottie Westfall wrote in 2010: “The mistake was to breed for the merle coloration alone in the harlequin pinscher. There was a poor understanding of the need for outcross colors, and the potential for producing double merles with defects was simply too great”.

8 thoughts on “What Two #AKC Breeds Can Be Harlequins?”