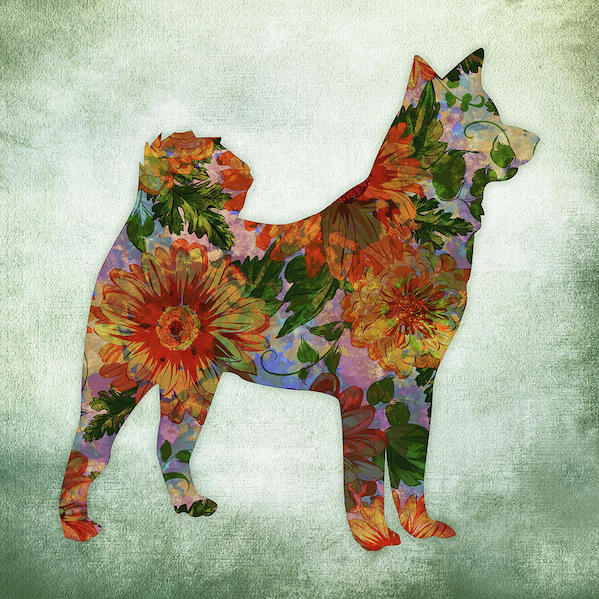 There isn’t much the Akita can’t do, and this is apparent in its history in which it was used to hunt bear and boar, protect children, pull sleds, and guard work. In 2019, a 12-year-old Akita named “Mame” found a 90+ year old woman slumped on the side of a road side in Senboku, Akita prefecture and alerted her owner. For this, Mame was honored for distinguished service by Japanese police. Akitas are also considered one of Japan’s premiere police dog breeds (though outside of Japan, the breed isn’t popular in this capacity).

This doesn’t mean it never happens, but long coated Akitas cannot be shown at a dog show as coat length is considered a fault. Only in the interest of education do we share a bit more about these Akitas also known as a “woolies,” “silkies,” or in their country of origin, a “moku.”

The Moku results from an autosomal recessive gene and can only occur when both parents are carriers. Some cynologists believe the gene came from the critically endangered (if not extinct already) Karafuto dog of Russia, a sled dog breed sometimes known as the Sakhalin Husky, Japanese Husky, or Karafuto Ken. The breed was native to the island of Sakhalin, Russia’s largest island situated north of Japan, hence the name, “Japanese Husky.”
Moku are described as having softer fur and sweeter temperaments compared to some shorter haired Akitas, but we might never know with certainty because breeders tend not to admit to faults appearing in their breeding program. Dog people would’t be dog people if there wasn’t speculation that trimmed long coats have appeared in a show ring, but gossip is cheap and easy.

We leave you with the AKC breed standard that reads, “Triple coated with the outer coat consisting of coarse, straight guard hairs that stand off the body. The two inner coats are under coats. One is thicker and somewhat soft, generally matching the coat color. The second is closest to the skin and is generally thicker and wool-like in texture and can be a different color than the guard coat. Tail guard hairs are much longer and fuller. The Japanese Akitainu should be presented in a natural state without trimming or shaping. Fault – Short, flat coat. Disqualification – Long coat.”

Image: “Akita Floral On Green” by Flo Karp is available as fine art, and in home decor and lifestyle items here