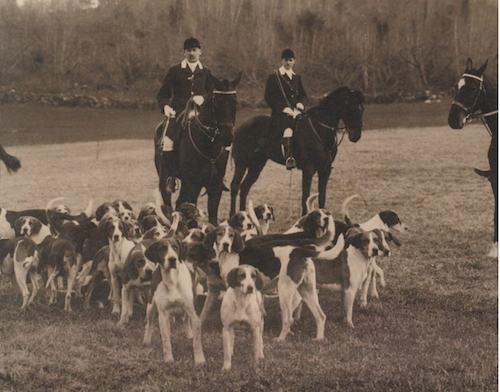 You can imagine the trash talk even 114 years later: My dog is better than your dog.  It would have been more high brow, of course. This was the rarified world of the fox hunt, after all, and smack talk between illustrious and wealthy foxhunters was done through a series of letters appearing in the sporting journal, Rider and Driver, in 1905.

Harry Worcester Smith, an American Foxhound owner  (and Master of the Hunt for Grafton Hounds) expressed his opinion that his breed was better at hunting fox in America when compared to the English Foxhound which one Alexander Henry Higginson (Master of the Hunt for Middlesex hounds) happened to own. His letters in response offered rebuttal.

The letters went back and forth until inevitably, a proverbial glove was thrown in the way of a challenge. Challenge accepted, a week long contest was arranged to determine which was the better hound. The Great Foxhound Match was set to be held in neutral territory –  Middleburg and Upperville, Virginia.

As a synopsis of Martha Wolfe’s book, The Great Hound Match of 1905: Alexander Henry Higginson, Harry Worcester Smith, and the Rise of Virginia Hunt Country, put it, “the English hounds carried, on their great stout forearms and deep chests, the monumental weight of centuries of foxhunting in England and were expected to make their hound dog ancestors proud of their New World conquest. The American hounds were expected to show those stodgy old Brits how it was done over here—with spunk and intuition, individuality, drive, and nerve. This book, the story of an audacious contest between men cut from very different cloth and their hounds carved from very different stock, chronicles a metaphorical battle in America’s coming of age—her psychic independence from Britain’s lingering shroud at the turn of the 20th century.” 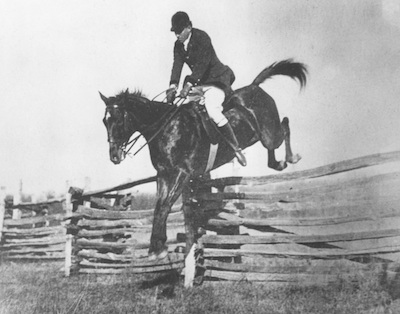 Smith, the American Foxhound owner, wanted to see a breed standard established for the breed in America. He argued that the breed’s independence, voice and speed made it the more capable hound at chasing a fox in America.

For his part, Higginson, the English Foxhound owner, didn’t believe that an American foxhound even existed. In his view, it was said, a pack of six couples of “so-called American hounds” looked like 12 different breeds. Ouch.  Furthermore, Higginson adhered to the “if it ain’t broke, don’t fix it” school of thought. In his mind, there was no improving a breed that had had as much attention paid to its breeding as the foxhound had in England.

The contest began on November 1, 1905, midway between the two towns. In addition to the horses, hounds, riders, judges, hunt servants and masters (and, of course, the locals),  the press was on hand, as were people determined not to miss the sporting and social event of the year. They made their way by train, then switched to carriages and horseback for the final leg.

Members of some 26 hunts from the United States and Canada were on hand for the first day alone, but in his marvelous account of the hunt written for Middleburg Life, writer, Richard Hooper, wrote, “It seems as if anyone could have joined the field; the hounds ran past a farmer patching his roof. Unable to resist the lure of the music, he scrabbled off the roof, saddled his horse and took off in pursuit.”

Each pack was to hunt a total of six times on alternate days, and the pack that dispatched a fox would be declared the winner. The only fox that met its demise, however, was someone’s pet, and it didn’t count. In the end, judges appointed before the match had to determine the outcome, and ultimately, Smith’s American Foxhounds were declared the winner, though many accounts say it was actually a draw.

Things remained tense between Higginson and Smith, and it was Smith who in 1907 helped form the Masters of Foxhounds Association of America. Smith became its president for several years, and he was followed by (wait for it)….Higginson. 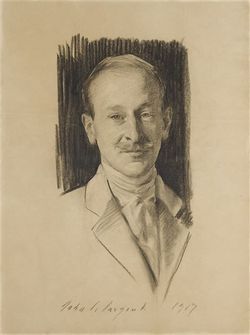 Despite the defeat, Higginson and his English hounds served to establish the Piedmont as the hunting capital of the United States. The Middlesex Hounds were regarded as one of the best groups in the country and had several invitations to visit other hunts for another fourteen years. Sadly, Higginson had to disband his kennels and sell off his hounds at the end of WWI because of a lack of funds and interest from a war-weary public. Higginson continued to be active in hunting and developed a reputation as an expert in all things foxhunting. He served the Masters of Foxhounds Association in different capacities for nearly fifty years, and was its president from 1915 to 1930. He married – and divorced – a girl he met as a student at Harvard.  In 1907, he married Jeanne Calducci, a breeder of champion Wirehaired Fox terriers and West Highland White terriers. After her death from health issues, Higginson married actress, Mary Newcomb who would be his wife until his own death.

Before the Great Foxhound Match, Smith was a textile magnate from Massachusetts whose mission was promote sport in America. Gifted with a magnetic personality that hovered somewhere between confident and brash, Smith was also a patent expert who perfected over 30 patents on automatic color weaving which revolutionized the manufacture of gingham. He was a champion four-in hand driver (a hitch of four horses having the lines rigged so that one driver can drive them), and his horses “Sky-High” and “Sue Woodstock” won three National Horse Shows at Madison Square Garden. He took up steeplechasing in his thirties, and then came “the Match.”

After the match, Smith spent most of his middle ages researching and writing about the life of Edward Troye, one of the greatest American equine portraitists of the nineteenth century. He also wrote extensively about fox hunting, Flat Racing, horse shows, steeplechasing, and personal reminiscences.

You can read a more detailed account about “the Match” at Full Cry: A Hound Blog