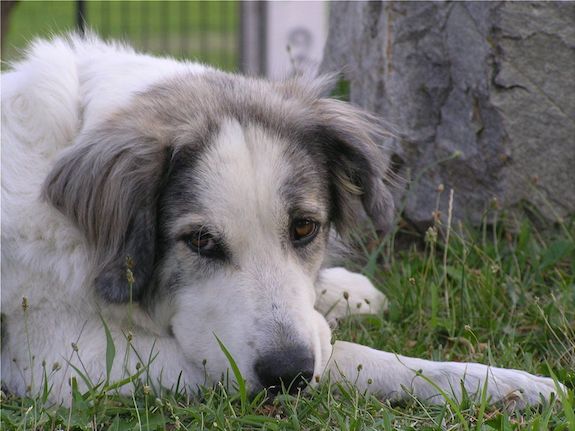 A good many purebred dog breeds have long histories, some dating back to the Middle Ages, but sadly, with age can come traditions rooted in old superstitions, some of them beyond cruel.  One need look no farther than the plight of Galgos at the hands of hunters in Spain as a prime example.

Some traditions, while seemingly cruel to Westerners, actually have in mind the well being of the dog. Hounds in India, for instance, are often branded with a hot bicycle wheel spoke gently applied to the skin. No doubt it hurts like hell, but owners of these dogs do care for them and continue the practice to avoid the ”evil eye” and ward off bad omens. Curiously, the scarring actually helps the dogs that live in remote areas without access to vets or vaccinations to “jump start” antibodies in their blood supply; the immune system is catalyzed to work against the pathogens.

Other traditions are less cruel in that they don’t result in prolonged suffering and death, but neither is there any science behind the practice, accidental or not. Greek Sheepdogs owned by sheep-herding owners have their right ear cropped, but the left ear is left in its natural form. This asymmetrical look is done because it’s believed to improve the dog’s hearing. Some would argue that closely cropped ears mean less chance of a predator getting a good latch onto the dog’s head and inflicting serious injury;  we all know that a dog’s ear has major blood veins under a tiny layer of skin, and bleeding from a cut ear tends to be profuse. A cropped ear, then, helps to protect the dog from excessive blood loss in case of injury to the ears when fending off predators.  But wouldn’t both ears be cropped?

Not that far away from Greece in Iraq, Iran, and Turkey, Saluki bitches historically had just one ear cropped, but all degrees of cropping were seen on both sexes as reported by Micaela Lehtonen in her travel account, “Falling for Syria.” It was thought that cropped ears made the dog more alert, provide it with keener hearing,  and reduce drag when chasing down a gazelle.

Getting back to the Greek Shepherd, there is one more custom, and that is to hang a small log from the collar around the dog’s neck, supposedly to curb the dog’s energy and aggression. Some have described the breed as one that does not naturally get along well with anyone other than their owner and leader. Others describe the breed as tough, fierce, and even ferocious when defending their flock, and prone to overstepping themselves.  Still, as this is a Livestock Guardian breed,  we can’t help but wonder if the log also serves to protect the dog’s throat from predators.

You can read more about the Greek Shepherd in a post we did a while back. In that piece, we sounded the alarm about its declining numbers.  Since 1998, the Greek ARCTUROS has been trying to save and revive the breed with the implementation of the Greek Shepherd Dog Breeding Program.

The Dog Loved by the Moon Goddess, Selene