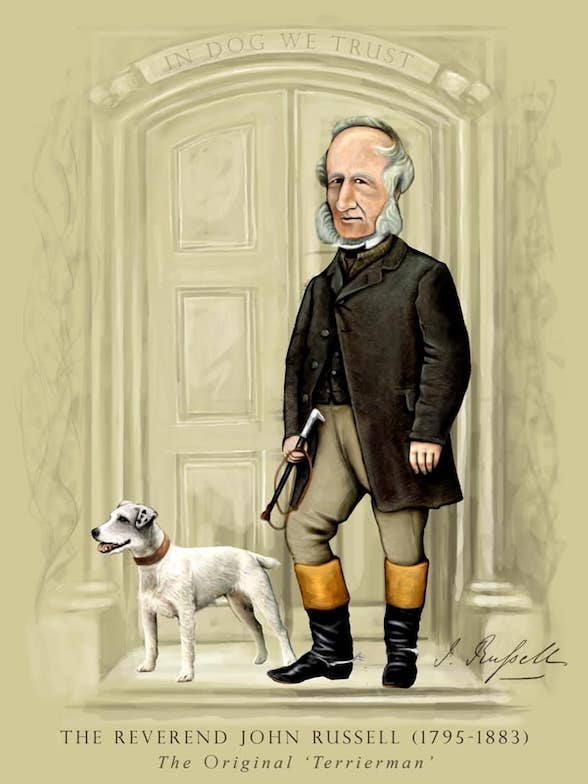 There is no such breed today known as the “Devonshire Terrier,” but there was at one time.  Now extinct, it was one of the working terriers in the backgrounds of the Jack Russell, Russell, and Parson Russell Terrier. These three breeds are confusing to a lot of people because they all bear the name “Russell” in their names, all are predominantly white, and they all share a breed history.  This post, however, isn’t about the differences between these breeds.

For the most part, the aforementioned breeds descended from a dog named “Trump” who was acquired by the hunting enthusiast, Parson John Russell.  The Reverend Russell’s original intent was to create a confident terrier with slightly longer legs that could keep up with his horse in the landscape of his home. By the mid-to-late 1800, Russell ended up with one of the finest strains of terriers for working fox anywhere around, let alone his home district.

And where did the good reverend live and hunt?

The sparse few sources that even mention the Devonshire Terrier define it as a localized working terrier that was absorbed into, and eventually superseded by, the Jack Russell Terrier. That said, in 1930, a survey was taken in the UK of over 100 mounted hunts to learn the breeds used in the hunts. In addition to finding “Jack Russell” terriers listed, “white hunt terriers” were also mentioned, as well as (wait for it) – “Devonshire Working Terriers.”  We could find no evidence that John Russell ever referred to his dogs as Devonshire Terriers, but it’s known that other owners obtained the vicar’s stock and relocated to other parts of the UK with the dogs. Perhaps these owners bestowed “Devonshire Terrier” as the name for the breed they got in that county?

Image: John Russell illustration by Kevin Brockbank for the May 2011 issue of Dogs Today where this piece first appeared. If you’re a fancier, you’ll want to check out Mr. Brockbank’s depiction on a mug of dog show women. Maybe.