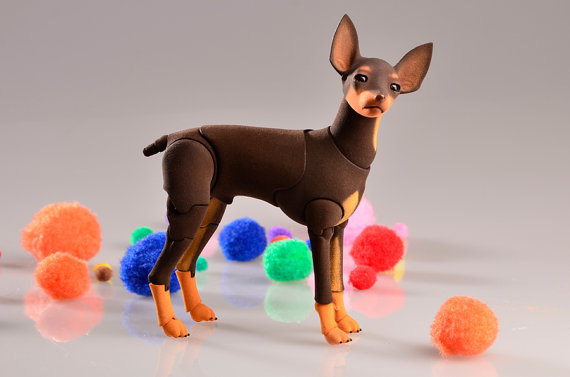 We like to keep up with the times so we can keep you up with the times, and we want you to know what “BJD” means when you hear it.  Simply put, it’s the acronym for a ball-jointed doll, or any figure that’s articulated with ball and socket joints. As with so many trends, these dolls made of polyurethane synthetic resin are predominantly produced in Japan, South Korea and China, and some of them are so real looking, it’s eerie. 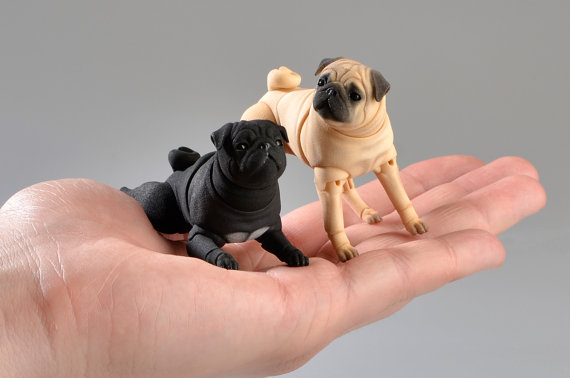 BJDs are nothing new. Articulated clay and wooden dolls were found dating to ancient Greece and Rome, and European (mostly the French and German) were making dolls with articulated joints in the late 19th century. Production continued throughout the 20th century, but the modern BJD market probably began with the Volks line of Super Dollfie in 1999.

We are a site dedicated to purebred dogs, and to that end, we bring you the Elleo Doll, a Russian studio that makes 3D printed BJD dogs.  Leo, the main sculptor in the studio and an architect by training, wanted to create something unusual in the world of BJDs by using a 3D. After six months of trial and error, he made his first doll, an elf and her dog. Leo discovered how hugely popular Doberman Pinschers were, and decided to make realistic dogs.  Leo says that among his customers are many dog breeders who offer advice when it comes to making a “purebred” dog. Leo’s studio studies breed standards, often coming up with new hinges and design for each new breed.  They don’t have repeats, and each new breed a unique. Read more about Leo here. To our knowledge, Elleos come in Pugs, German Shepherd Dogs, Doberman Pinscher, Bull Terriers, White Swiss Shepherds, English Toy Terriers, Basset Hounds, Dachshunds,Akita,Dalmatian, Rottweiler,Corgi, French Bulldog,Collie, Golden Retriever and Chihuahua

You can buy an Elleo dog here, and at their Etsy site. Be forewarned that these dolls are not inexpensive.