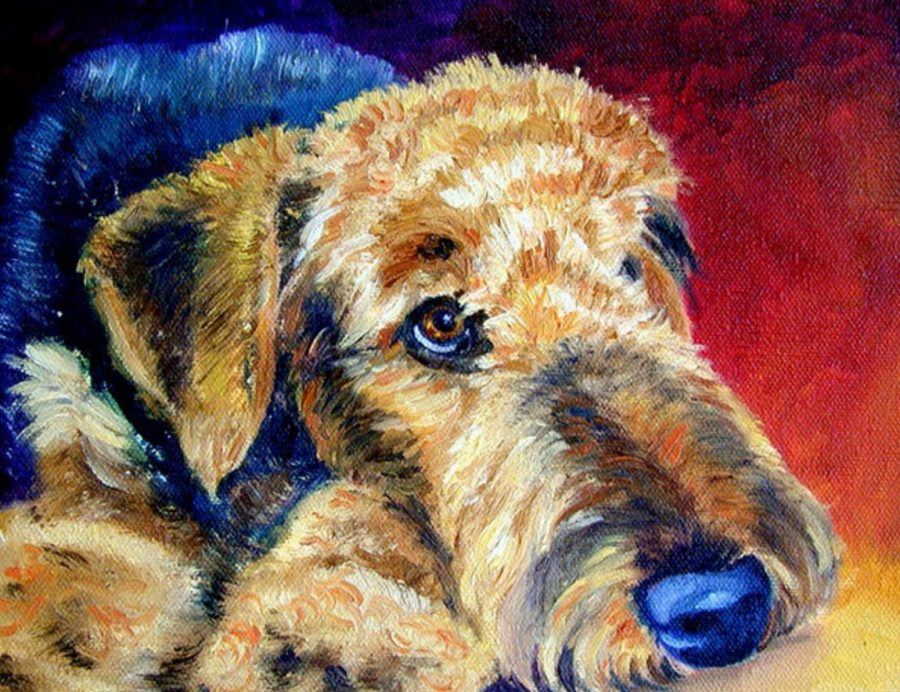 Lieutenant Colonel Edwin Hautenville Richardson established the first British war dog training center, so it was Richardson whom the Russian Embassy approached in 1904 to supply the Russian army with war dogs during the Russo-Japanese War. The dogs he sent weren’t just the first Airedales to arrive in Russia, they were the first terrier of any breed to arrive Russia. The dogs were soon accepted by the Russian army as the best dogs for communication and sanitary services, but revolutions are not kind to dogs.

Both the original Airedale Terriers, and their masters and breeders perished in the Bolshevik revolution of 1917. Airedales were reintroduced in Russia in the early 1920s, and after World War II, Russia had to restore the breed from a handful of Airedales remaining in Moscow, and those just brought in from Germany, some of them captured during the war. Breeders had only the standards approved by the Ministry for Agriculture rather than the internationally accepted FCI standards to go on, so type was somewhat erratic in the early days.

In the early 1980s, five pedigree Airedales helped update the Russian breed of Airedale and made them look more like their cousins overseas. Recent political change meant that Russian breeders could cross borders to improve their lines, and the breed remains popular in Russia today.

This comes from the National Purebred Dog Day® archives and is posted to encourage new NPDD friends to dig into NPDD’s website through the search option window at the bottom right, and by exploring the posts at the bottom of the page which are typically two years old, or older.