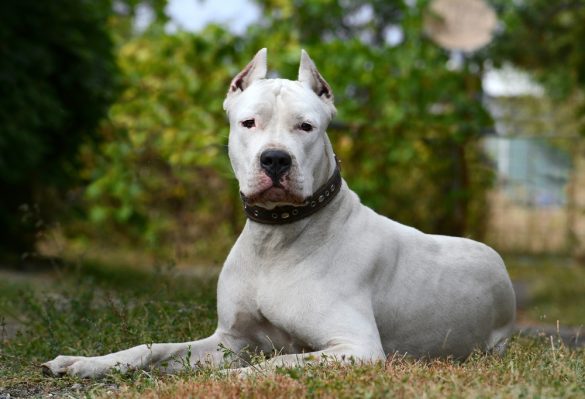 How many breeds have become known throughout the world through diplomatic channels? A lot!

History is replete with instances of dogs being given as gifts by ambassadors, world leaders, diplomats, and royalty.  Tibetan Monks offered Shih Tzus as gifts to the emperors of China, and later, to English and Dutch nobility. A Šarplaninac puppy was gifted to Vladimir Putin from the President of Serbia Aleksandar Vučić during his official visit in January 2019, and in the 15th century, Kuvaszok were given as gifts by Hungary’s King Matthias to fellow royalties and nobles (including – yikes – Vlad Dracula and his new bride who got a pair as wedding gifts).

While the aforementioned figures are well known to most of us, the name of Agustín Martinez may generate a blank. Born in 1908 in Argentina, Agustín was an attorney who became a political prisoner after the exile of Juan Perón in 1955. After his release, he abandoned his judiciary career, resigned as President of the Federal Court of Appeals, and become Argentina’s ambassador to Canada. This position gave him the opportunity to travel around the world to promote the breed that he and his brother, Dr. Antonio Nores Martínez, had developed in the 1920s, the Dogo Argentino.

Agustín considered his brother the real creator of the breed with regards to its genetics, but the murder of his brother and his brother’s friend’s during boar hunting (he had not taken his Dogo with him, and the crime was thought to be a robbery gone wrong) robbed Antonio of seeing the realization of his dream: National recognition of the Dogo.  Later, Agustín would write: I still remember as if it were yesterday… the day when my brother Antonio told me for the first time his idea of creating a new breed of dog for big game, for which he was going to take advantage of the extraordinary braveness of the Fighting Dog of Cordoba. Mixing them with other breeds which would give them height, a good sense of smell, speed, hunting instinct and, more than anything else deprive them of that fighting eagerness against other dogs, which made them useless for pack hunting. A mix that would turn them into sociable dogs, capable of living in freedom, in families and on estates, keeping the great courage of the breed, but applied to a useful and noble end; hunting and vermin control.”

Agustín could not bear the thought of all his brother’s work dying with him, so after his release from prison, he took over the production, “field testing” and promotion of the Dogo. Sadly, his brother’s death was not the only burden Agustín faced in achieving breed recognition. During his imprisonment, he’d been forbidden from taking over the kennel and caring for the dogs they’d raised (let alone attending his brother’s funeral), and we don’t know what became of those dogs, but to add insult to injury, Dogo Argentino owners also disposed of their dogs so they wouldn’t be associated with a political prisoner. In assuming the mantle of overlooking his brother’s dream, his first order of business was to bring the breed back from near devastation. He traced as many purebred Dogos as possible to start breeding again.

As Ambassador to Canada, he traveled a good deal and used the opportunity to spread word of the Dogos throughout the world. He donated dogs to fanciers, and even gave one to the Dutch prince consort Bernhard, the husband of Queen Juliana, who use them for hunting big game. Agustín was gaining national and international recognition for the breed.

In 1964, recognition for the Dogo was obtained from Federacion Cynologica Argentina (F.C.A.) in 1964, and from the F.C.I. in 1973. Dr. Raul Zeballos introduced the Dogo Argentino to the United States in 1970, and in 2020, the breed was accepted by the AKC. Though he helped develop the breed and wrote books about it, Agustín proudly called himself,  “Hermano del Creador de la Raza:” The brother of the creator of the breed.