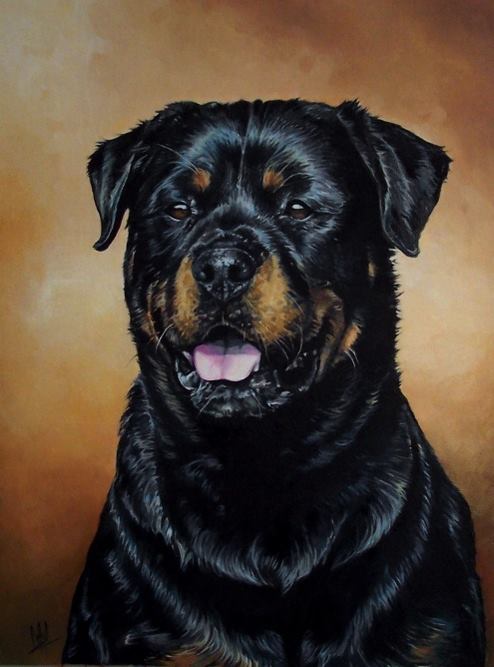 Did you know, by the way, that the Rottweiler is considered one of the oldest herding breeds?

One of the most impressive demonstrations we ever saw of a novice dog encountering his first flock of sheep was by a Rottie. Herding instinct was alive and well in this youngster, and for lack of a better term, “touch” is the word that comes to mind when reflecting back on this dog. The sheep respected him, and he didn’t abuse his hold over them. It was a thing of beauty.

It shouldn’t surprise anyone, really. The breed has been guarding, moving and protecting stock dating back to Roman times when they worked with the cattle of moving armies. In the middle ages, Rotties became known as the “Butcher’s Dog of Rottweil,” traveling with butchers to protect their cattle and moneybags. As was often the case, modernization nearly decimated the breed. The invention of better roads and mechanized transportation saw the breed nearly disappear, but during the World Wars, Rottweilers proved themselves to be indispensable as police, guard, and messenger-dogs.