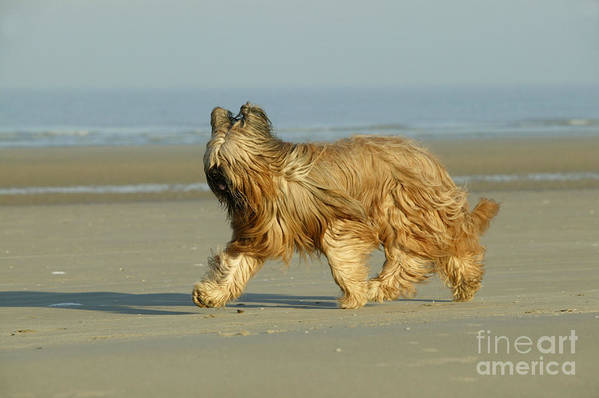 When the word, “hook” appears in a breed standard, without exception, it has to do with a tail.  In some breeds, it is the hallmark of the breed’s silhouette. In others, it’s a fault. And in one breed, “it depends.” Can you guess that breed?

To be candid, we know that many of our posts quality as breed trivia, but more often than not, it’s the little things that set breed type. You know this if you are a breeder and a potential puppy owner asks what it is that makes their puppy not show quality. The answer is usually something the future owner would never notice: An ear or tail set. A coat texture or color. The eye shape. Trivial, but important at the same time.

In keeping with trivia, we mention that as of this writing the word “hook” does not appear in three AKC groups: sporting, toy, and terrier. Also as we post (8/15/2022), we have not included in those groups breeds that are presently in the AKC’s Miscellaneous or Foundation Stock Service groups.  Some of them are presently using the FCI standard.

Only one hound breed mentions the word “hook,”  and it is the American English Coonhound. From it’s AKC standard: tail-Set high, carried gaily but not hooked over.

What follows are the breeds in which “hook” appears in the breed standard.  They aren’t necessarily in order:

Estrela Mountain Dog: Tail: Set on at medium height; long; thick; carried below the horizontal, scimitar-shaped, with a hook at the end.

Belgian Laekenois: When in action he raises it and gives it a slight curve, which is strongest towards the tip, without forming a hook.

Belgian Sheepdog: When in action he raises it and gives it a curl, which is strongest toward the tip, without forming a hook.

Belgian Malinois: It is curved, raised when moving, but not passing the horizontal or [not] forming a hook or deviation.

Belgian Tervuren: When in action, he may raise it to a point level with the topline giving it a slight curve, but not a hook.

German Shepherd Dog: Tail: At rest, the tail hangs in a slight curve like a saber. A slight hook– sometimes carried to one side-is faulty only to the extent that it mars general appearance.

Berger Picard: [Has] a tail reaching to the hock and ending in a J-hook.

Bergamasco Sheepdog: When the dog is in repose, the tail just reaches to the hock, with the bottom third of the tail forming a hook.

American English Coonhound: Tail-Set high, carried gaily but not hooked over back.

Peruvian Inca Orchid: At rest, it hangs with a slight upward hook at the tip.

Coton de Tulear: At rest, the tail is down with an upward hook at the tip revealing the distinguishing outline of the Coton de Tulear.

Great Dane: A ring or hooked tail is a serious fault.

Samoyed: A double hook is a fault.

From the Foundation Stock Service:

Broholmer: Tail set on too high or too low. Hook or kink tail.

Carolina Tail: The tail is distinctive in its fishhook shape at the end, giving rise to a pump handle appearance when in a natural relaxed state.

Croatian Shepherd Dog: At rest it is carried below the topline and usually in the shape of a sabre or hook.

Here is where things get mired in the pesky minutiae of semantics. By now, many readers may wonder why we haven’t mentioned the Briard, a breed known for the “hook” in its tail. Here’s the thing. The word, hook” never appears in the Briard’s AKC standard, nor in the United Kennel Club’s standard. In the latter, it reads, “full length, well-feathered tail is carried low in repose. It forms a crook at the end which does not deviate to the right or left. At rest, the bone of the tail falls to the joint of the hock, ending a crook, which is similar to the letter “J” when viewed from the side. While gaiting, the tail is raised in a harmonious curve, never going above the level of the back, except for the crook at the end.” That said, “hook” does show up in the FCI standard: Natural, carried low, it reaches at least the hock joint, without deviation, forming a slight hook like a “J”.

Another breed with similar wording is the Finnish Lapphund: When at rest, [tail] is often dropped, particularly in females. A mobile tail is desirable. The tail may have a “J” hook in the end, but should not be kinked.

A question for Lapphund owners: Why is this particular in females?

We have one more breed to throw into the mix, and that it is the Deutsch Langhaar in which a curled or hooked tail is a fault.

The devil, as they say, is in the detail, but if you think something as minimal as a “hook’ doesn’t matter when it comes to breed type, we challenge you. Grab an image off the internet of any of the aforementioned breeds and with a pencil, add a hook tail in a breed in which it’s a fault, or “white-out” the hook in which it is a breed trait. We promise, the dog won’t look right.

Image: Briard by Jean-Michel Labat is available as fine art, and in lifestyle and home decor items here