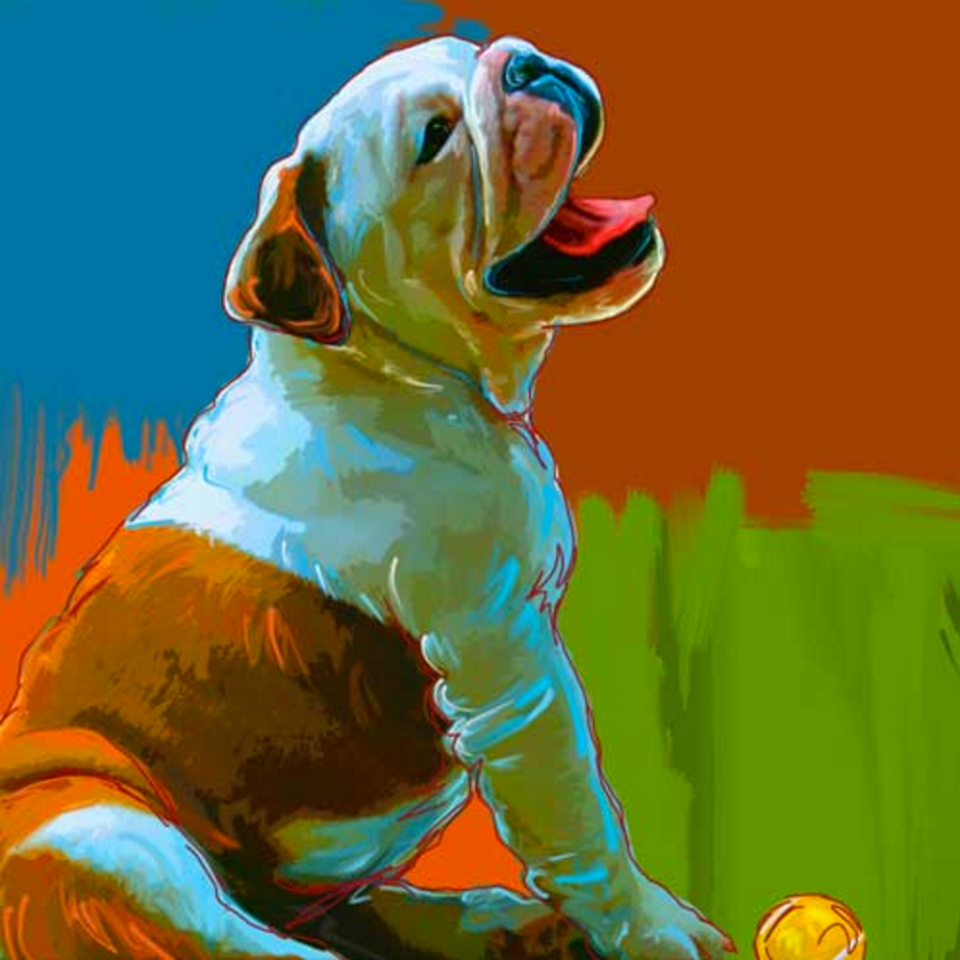 The word, “chops,” etymologically speaking, got its official start in 1577 when the word was first recorded and referred to the mouth or lips. In the 1940s, it became slang for someone’s skill level or ability, and for jazz musicians in particular, it was a reference to using one’s lips and mouth. “He can still play, but he doesn’t have the chops he once had.”  The word shows up in the dog world, as well. From the Bulldog‘s AKC breed standard: Lips – The chops or “flews” should be thick, broad, pendant and very deep, completely overhanging the lower jaw at each side.”

Show us your Bulldog’s chops!