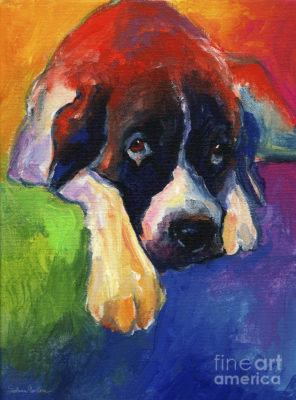 We have to think it was the movie that made Saint Bernard owners cringe. Possibly the only positive thing to come out of “Cujo,” the 1983 thriller about a rabid St. Bernard who traps a mother and a child in their car was to see impressively trained stunt dogs at work – well that, and the $21,156,152 the movie grossed domestically.

Author Stephen King will remember Cujo for all the things he doesn’t remember. Written at a time he was struggling with alcohol and drug addictions, King later said, ““[There’s] one novel, Cujo, that I barely remember writing at all. I don’t say that with pride or shame, only with a vague sense of sorrow and loss. I like that book. I wish I could remember enjoying the good parts as I put them down on the page.”

What he does remember is seeing the biggest Saint Bernard he’d ever seen his his life on the occasion that his motorcycle broke down; the backwoods mechanic to whom he took the cycle for repairs owned the enormous dog. Four years later, King published Cujo.

Twenty-four Saint Bernards were “interviewed” to play the part of the rabid dog, but only one had the personality of the lead dog. In the end, five St. Bernards were used, each of whom received specialized training to display a particular behavior: One was taught bark on command in front of the camera, one was taught to lurch forward whenever a character lunged towards him, and another was trained to run along a pre-determined route….but part of the cast had to be a mechanical head for the scene where Cujo rams his head into a car door. There was also a man in a dog suit, and a backup dog suit that could be put on a Labrador 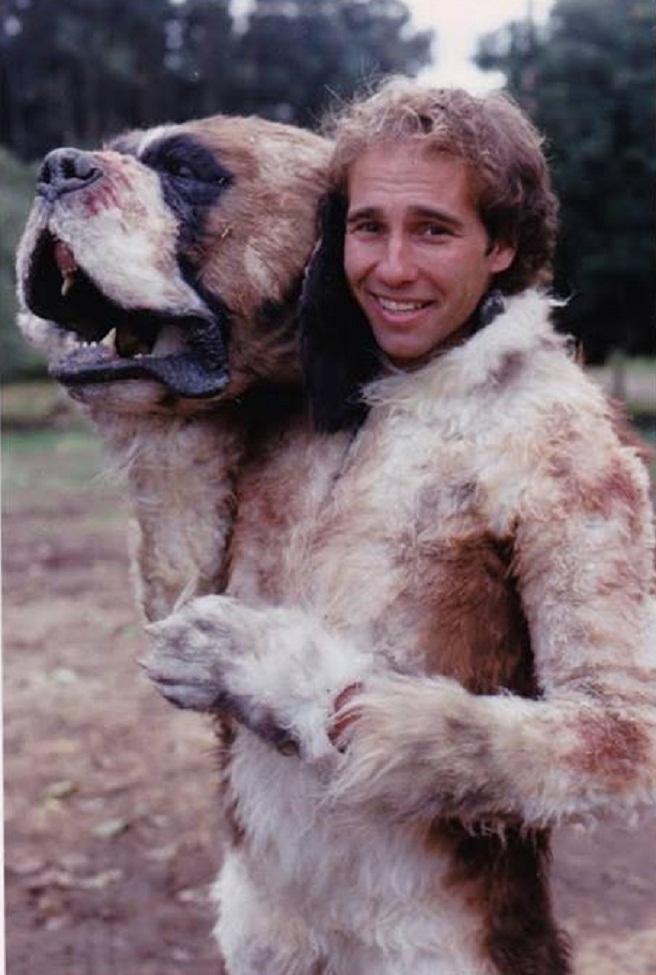 retriever, but it was never actually used, according to director, Lewis Teague.

While movie goers saw a vicious Saint Bernard, in reality, the dogs featured in the film often had to have their tails tied down to their legs because they were having so much fun, their tails were constantly wagging during filming. Sharp eyes, however, will notice that this trick was missed in a scene during editing where Cujo is viewed from behind ready to attack, but his tail is wagging furiously.

Other tricks were employed to get the dogs to respond accordingly: Animal trainers put favorite toys inside the car to make the dogs try to get them, but look as if they were attacking the car.  The foam around Cujo’s mouth, too, was made of a frappe of egg whites and sugar, though this turned out to be a problem as the dogs were constantly licking the tasty treat off their lips.

While a number of dogs played Cujo, sadly, the primary Saint Bernard used died of bloat during post production, though some sources write that his passing was due to an infection.

As for the animal trainer, Karl Miller, he was doubtful from the onset about using Saint Bernards.  During pre-production, he noted that there were no Saint Bernards who were trained. In the DVD documentary Dog Days: The Making of Cujo, producer Daniel H. Blatt disclosed that Miller asked “Why don’t you use a different kind of dog? I have lots of Dobermans and things like that that are trained.”

It had to be a Saint Bernard.

After Cujo was released, Miller admitted to the Los Angeles Times that he wasn’t exactly the most popular dog trainer in the world among Saint Bernard owners. He redeemed himself in by working on the more positive Saint Bernard movie, Beethoven. For this film, roughly two dozen different dogs were considered before selecting a big male named “Kris,” who ultimately starred in both Beethoven, and the 1993 sequel, Beethoven’s 2nd.