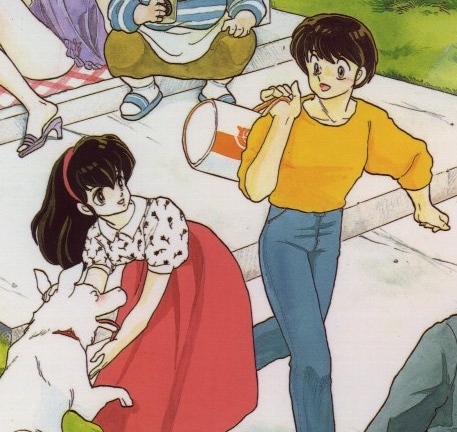 Japanese popular culture is a wondrous thing to behold, and uniquely Japanese. Its cinema, cuisine, TV shows, anime, manga, video games and music, all of which retain older artistic and literary traditions, is also adaptive and technology-oriented. While many of their themes and styles of presentation can be traced to traditional art forms, parts of it are also defined by Western ideologies. It’s telling then, that two popular cartoon series have prominently featured good-natured purebreds as full-time cast members. 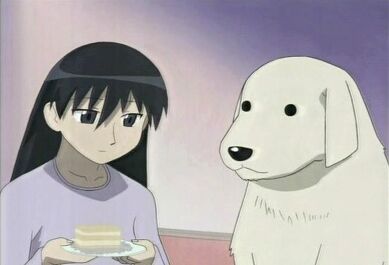 One of the first cartoons to incorporate a purebred dogs was Maison Ikkoku. The Japanese manga series written and illustrated by Rumiko Takahashi was serialized in Big Comic Spirits from November 1980 to April 1987. Its Samoyed, Mr. Sōichirō, was found as a stray and  originally named “Shiro,” but his owner, Kyōko Otonashi, insists on calling him “Sōichirō” in memory of her husband, and that’s the name to which he responds. Other than providing comic relief, he serves to remind both Kyōko of the man he was named after. His character often provided comic relief as the unwitting antagonist to one of his owner’s potential suitors, Mitaka, a tennis coach afraid of dogs.

In more recent years, the Japanese yonkoma comedy manga series called Azumanga Daioh featured a mild-mannered and gentle Great Pyrenees named Mr. Tadakichi who is so good-natured and accommodating that he lets his owner, a young girl named Chiyo, ride him around like a horse. This, of course, makes most dog owner a little nuts, but after all, its a comic series.

One thought on “Dog’s of Japan’s Pop Culture”