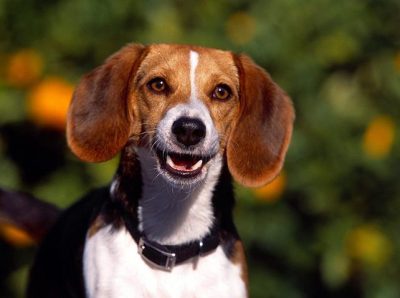 Today, April  22nd, is National Beagle Day, but this post has to do with a breed that, though it has Beagle in its name, is not a Beagle, and that is the Kerry Beagle.

Like the Beagle, the Kerry Beagle likely has St. Hubert Hound in its distant ancestry, but “Gadhar,” a dog written about in ancient Irish texts, may have been an Old Southern Hound and a direct ancestor of the breed. Other Celtic Hounds were found in the region were also part of its gene pool, but whatever the “soup” of its genetic ancestry, of all Irish Hounds, the Kerry Beagle is believed to be one of the oldest with detailed pedigrees dating back to 1794.

Local legend sneers at this. It’s said that when Noah’s Ark came to rest against the highest peak in Tipperary, two black and tan hounds disappeared in pursuit of a fox, and these dog were, in fact, the basis for the breed. Be that as it may, the dogs were introduced to Ireland during the Middle Ages with the arrival of the Celtics.

It’s believed that the Kerry Beagle was one of the first dogs used exclusively to hunt hare, and the canine training facility located in Limerick County, the Scarteen House, made good use of the breed. A number of these dogs were part of its breeding program, and most modern day Kerry Beagle dogs are able to trace their ancestry to Scarteen House’s breeding pack.

Interestingly, the Kerry Beagle is believed to be one of the foundation breeds for the modern-day Coonhound. It’s probable. A number of the Irish dogs were brought along by Irish immigrants to the United States, and many settled of them settled in the American south.