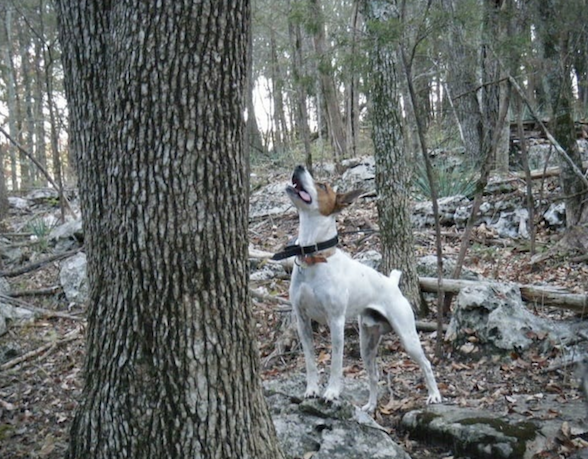 We all know someone who is feisty, and probably a dog, as well. The word, feisty, however, didn’t always mean what it does today, and we doubt anyone would appreciate being called “feisty” if it did.

Feisty comes to us from the 15th century, a descendant of the English word, fist. Back in the day, fist, could mean one of two things: Either it referred to “a breaking of wind, a foul smell,” and “to break wind,” or it was the word for a clenched hand.

The word “feist” as it pertains to a type of dog, however, never vanished.  Today, most feists are bred solely for their hunting ability by individuals with zero interest in a show ring. Consequently, some people are of the belief that there is little to no consistency among these dogs.

This isn’t entirely true. Neither is it true that feists haven’t made it to the show ring. A couple of AKC and UKC breeds are considered feists, and the names of some breeds once included the word “feist.” One still does.

The “Teddy Roosevelt Terrier,” for example, was once called the Bench-Legged Feist, and to our knowledge, it’s the only breed to be recognized by the AKC that had “feist” in its name once upon a time. The Rat Terrier, too, is considered by some to be a feist, and in fact, some believe it to be the progenitor of, and a specific breed within, the feist type.

Only the Treeing Feist has been recognized as an identifiable breed with “feist” in its name by the United Kennel Club, this happening in 1998. The breed is also known as the American Feist.

Beyond that, there are a whole lot of feists out there (and we haven’t included canines known as “squirrel dogs,” but regarded as feists):

Whatever their name, feists have in common some terrier in their ancestry, a strong prey drive, a diminutive size with tremendous agility, and a ton of personality.