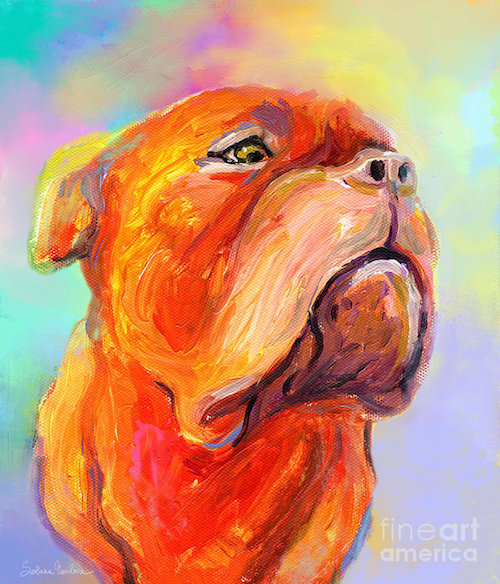 In the 14th century, three kinds of Dogues (French for “mastiff”) were living in France, and they were all called “Doguin d’Aquitane.” Like the grapes that produced wine, the dogs varied by region and had different jobs. The most admired of them was the dog that guarded his owner’s livelihood – the butcher’s dog. This butcher’s dog was considerably larger than the Doguin which, over time, vanished and became nothing more than a reference in breed books. The butcher’s dog, however, endured.

It wasn’t until the “Jardin d’Acclimatation,” a Parisian exhibition in 1863, that the first known reference was made to the butcher’s dog as the “Dogue de Bordeaux.” The winner of that exhibition (more of a “breed inventory,” really, than a dog show), was a bitch named, “Magentas,” and the breed was given the name of the capital of its region of origin.