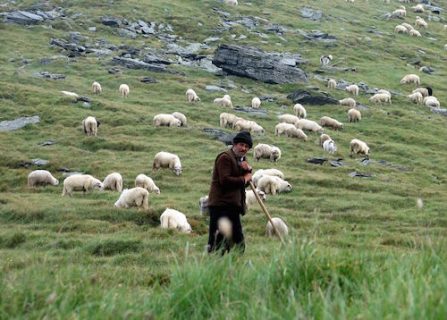 The man in this photograph is a shepherd. As it happens, *he’s a Romanian Shepherd tending his flock in the Făgăraş Mountains, of Romania, but if he was in Germany, the chap would be a German Shepherd. You see where we’re going with this, right?

In 1914, there was talk of dropping the German attribution and changing the name to “shepherd dog” or “sheepdog” (remember, now, that America was about to enter World War I, and all things German became unfashionable). The American Kennel Club changed the name of the breed to the “Shepherd Dog,” and the German Shepherd Dog Club of America became the Shepherd Dog Club of America. In England, the name of the breed was changed to the Alsatian. AKC members voted to change it back to “German Shepherd Dog” in 1930.

2 thoughts on “THIS is a German Shepherd*”