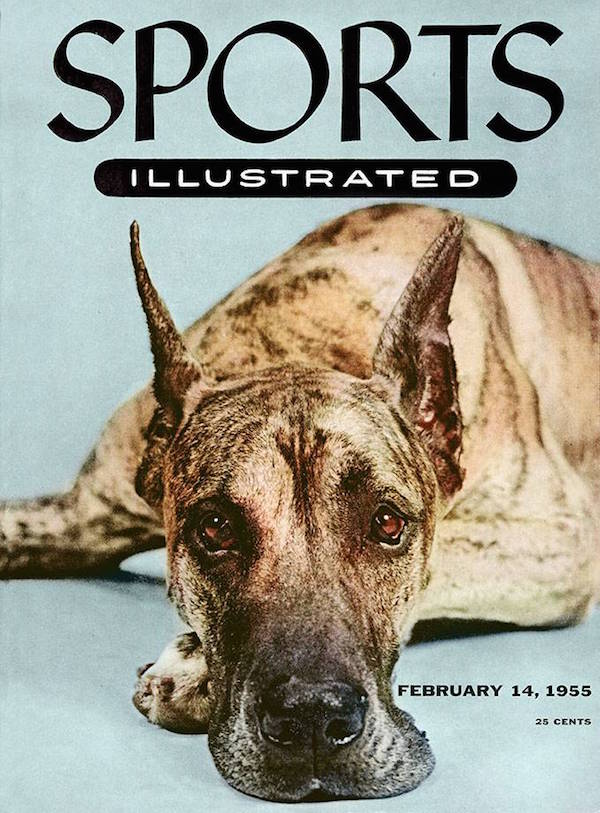 When a Great Dane named “Autopilot” appeared on the 1955 cover of Sports Illustrated magazine, he became the second dog, and the first non-hunting canine, ever to appear there. The first dog to appear on the cover was photographed retrieving a duck in his mouth and was described as an English Setter. The accompanying text to Autopilot’s photo by Ylla read: “As show dogs come, the magnificent great Dane Autopilot is something of a veteran. First shown in 1951, he finished his championship in three months and went on to win Best-of-Breed at the 1952 Westminster Dog Show. Since then, he has won 50 Best-of-Breed ribbons and will be competing again next week at the 1955 Westminster Show. Autopilot is owned by Marydane Kennels, Wilton, Connecticut.”