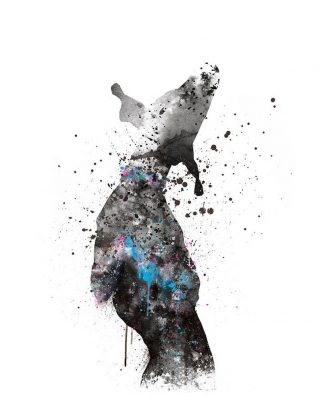 Serious students of dogdom (read: dog nerds) regard the study of different dog breeds as a form of entertainment. As nerds ourselves, we’ve found that if one reads enough material, however, one will inevitably encounter terms or names that are head scratchers because so little outside information can be found about them.

This was where we found ourselves when we came across the “Canadian Pointer.”

We like to share what some might see as oddball information for a few reasons: Sometimes it’s to dispel the legitimacy of what is marketed as a “rare” color, size, or even breed, but sometimes it’s to do just the opposite. Occasionally, we share an obscure aspect of a breed that is legit, but unusual. We’ll discuss breeds that once existed but now don’t, breeds that are extant but rare, breeds that exist but have never been recognized by an established registry (i.e. landraces), or breeds over which there is much dispute.  Always, however, we share information to enlighten all of us (ourselves included) one way or the other.

The Canadian Pointer falls into the last category mentioned above: Breeds over which there is much dispute.

One of our favorite go-to sources is of the opinion that there is no such thing as a Canadian Pointer, at least not currently, and if there was at one point, there isn’t any more. Other sources speak of the dog in the past tense. Intriguingly, however, it was on forums frequented by hunters that we got the sense that yes, Canadian Pointers are “a thing,” they do exist, but they are few in numbers.

For the sake of discussion, let’s presume for the moment that they were/are bona fide.

Despite its name, the Canadian Pointer isn’t Canadian. These dogs were developed in parts of Maine and the Adirondack Mountains of upstate New York in the late 1880’s by cross breeding Labrador Retrievers with English Pointers and Portuguese Pointers. Some regarded the results as nothing more than long-haired English Pointers, but others felt it was a new breed and gave it its alternative name, the Adirondack Pointing Dog.

These dogs had a narrower gait than English Pointers because their fore and aft was narrower, and they were described as less agile than other gundogs. Their ears were shorter, and their tails were less straight but fuller coated than that of an English Pointer. One source writes that the breed fell almost into complete extinction by the 1930’s until it was revitalized by a few breeders in Connecticut. It added that today, the Canadian Pointer remains one of the smallest of breeds with only 114 registered dogs in the U.S.

Except that we can’t find evidence of any of them. The breed doesn’t appear in any registry, including the American Rare Breed Association. We couldn’t find photographs  (and what we did find looked like images of Pointers). We got all excited when we came across a video entitled, “Canadian Pointers” from 1949, but quickly realized that the footage was of Pointers in Canada.

Ultimately, we find ourselves in the “camp” that regards the Canadian Pointer as a dog that “once upon a time” may have existed (though we stand at the ready to self correct if compelling evidence comes our way). For now, we answer our own subject line by opining that what the Canadian Pointer isn’t is provably legitimate. At least not as of this writing.

We conclude by sharing the video we mentioned earlier because seeing dogs at work from nearly 75 years ago is always worth a watch:

Image: Abstract Pointer by MONNPRINT is available for purchase as a digital download here.