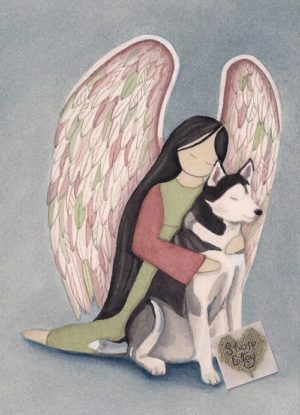 For over 3,000 years,  the Chukchi tribe of Siberia developed and shaped the Siberian Husky, so it isn’t surprising that there are legends about the breed within the culture.

One tale that was passed from one generation to the next spoke of two Huskies who guarded the gates of Heaven. They refused admission to anyone who had ever been cruel to a dog while they were alive.  Show of hands: Who hopes this is true? 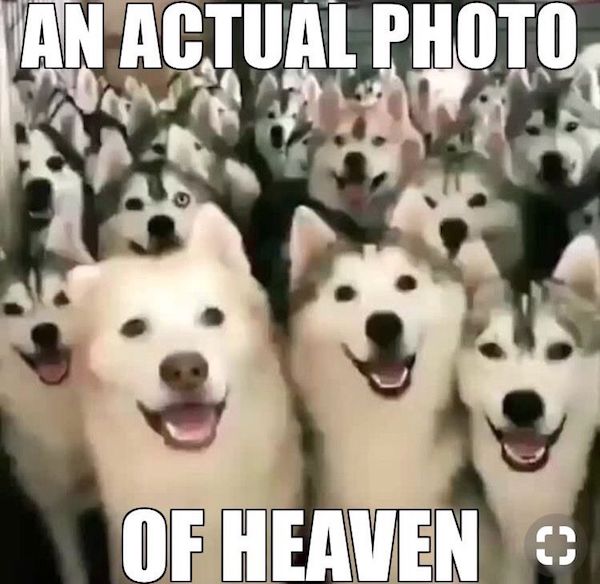 Another bit of Chukchi folklore described a famine from which only two Husky puppies emerged alive. A female tribeswoman nursed them to ensure their survival.

In reality, Chukchi women were hugely important in a Huskie’s life. They reared the puppies and chose which ones to keep, removing the rest from the gene pool. In one of the most hostile climates in the world where temperatures fell to -100 in the winter and winds whipped up to 100 mph, the Chukchi relied on their dogs to survive. Traveling over ice in teams as large as twenty dogs or more, Huskies might cover as much as 100 miles in a single day. Teams were mostly comprised of neutered males who were trained by the men folk, but it was the woman who decided which puppies got desexed.

In the 20th Century, free trade was opened with the Chukchi, and when Soviet leadership learned of the importance that Huskies had to the Chukchi,  they executed or imprisoned the village leaders who were also the breeders. A Soviet breeding program was designed to replace the native gene pool of the Chukchi dogs with a gene pool that would produce a larger freighting dog important to Soviets who intended to engage in fur-trading practices in the region. One source writes that in 1952, the Soviets dared to issue an official notice that the breed we now call the Siberian Husky never really existed.

Image: “Siberian Husky with Angel” by Cindi Lynch/watercolorqueen may be purchase here