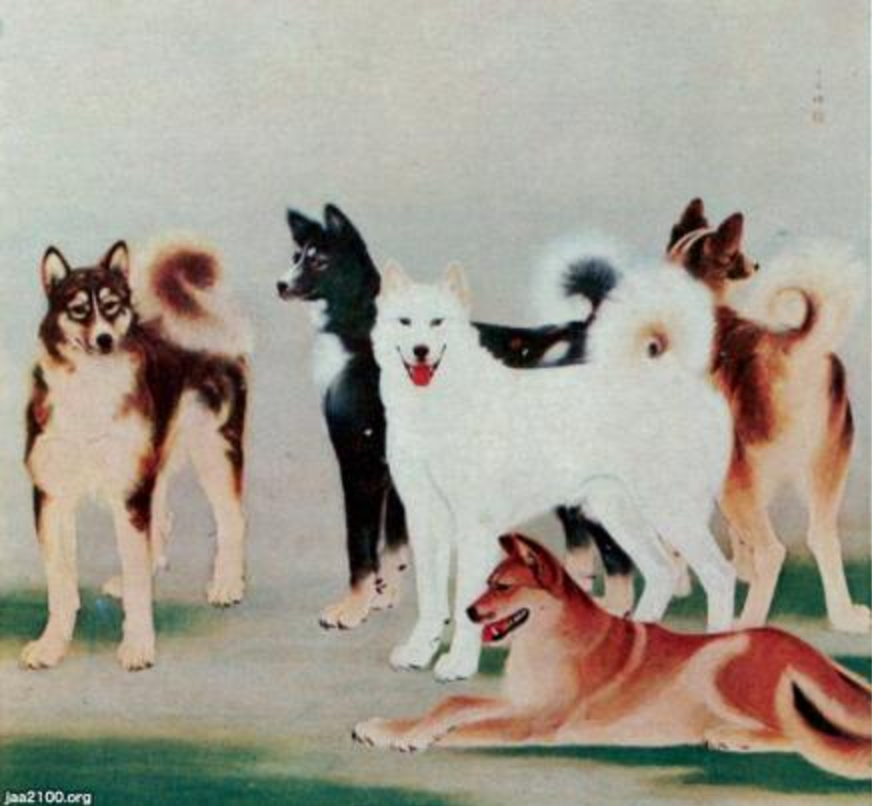 There’s nothing like pride to make one appreciate that which they’ve taken for granted. In the 1920s, rising nationalism and a strong push-back against western influences lead the Japanese to have such an appreciation for breeds indigenous to Japan. Leading the movement was Saito Hirokichi.

A landscape architecture student, Hirokichi’s greatest love (after art) was dogs. In part, this was forced upon him. He’d been discharged by the Japanese army for health problems, and was told to get a lot of fresh air. Reasoning that a dog would compel him to get outside more, he began the search for the right dog and was unable to find one. In his view, Western decadence and too much interbreeding had lead to an alarming degradation of dogs native to his country, and this compelled him to establish the Society for the Preservation of the Japanese Dog.

We digress for a moment to mention the loyal Akita,Hachiko. Readers may find it interesting to learn that Hachikō’s story would have gone untold if Saito Hirokichi, a student of Hachi’s owner, Professor Ueno – hadn’t noticed Hachikō at the station.

By the 1930s, the Japanese came to be button-splitting proud of their native dogs, and a good illustration of this was the Christmas and New Year’s greeting cards sent to guests by the manager of the Frank Lloyd Wright-designed Imperial Hotel in Tokoyo, Inumaru Tetsuzo. Five native breeds were prominently placed on the card (seen here). Not a bad idea for today’s owners and breeders of “at risk” breeds this holiday season.  Just saying.