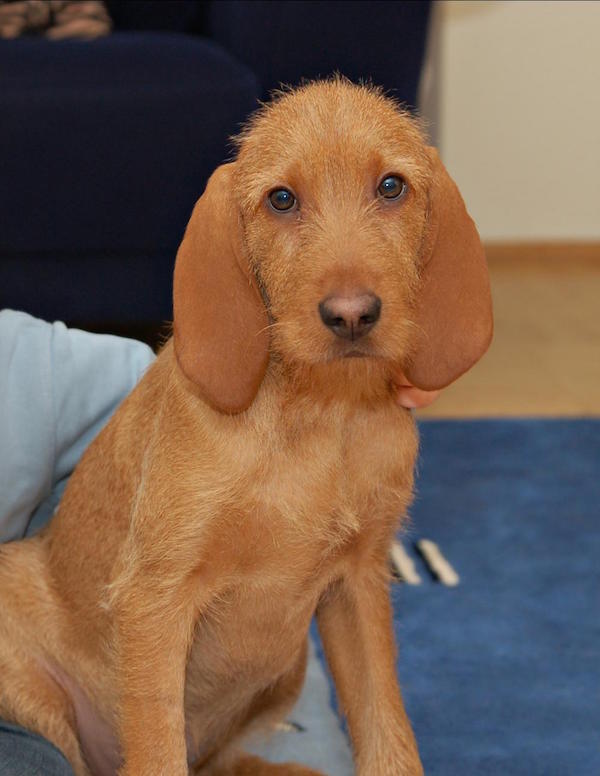 As was so often the case, when an “pest” was eradicated by dogs bred to expressly to do just that, there soon grew no need for the dog. The Irish Wolfhound once dwindled to the brink of extinction because it had done too good a job of ridding Ireland of wolves. The same fate awaited the Griffon Fauve de Bretagne, a breed bred to track wolves that were a constant threat to flocks of sheep in France. The soil was so poor in Brittany that most agriculture was “sheep-centric,” and when a farmer lost sheep, it impacted not just his livelihood, but his ability to feed his family since he had no other source of income. By 1885, wolves were gone from this part of France, and the Griffon Fauve de Bretagne, nearly with it. Careless breeding or benign neglect caused breed numbers to plummet.

Happily, enough breeders working together saved one of France’s oldest scenthounds from extinction, in no small part because of Marcel Pambrun who founded the Club de Fauve de Bretagne in 1949.  Since the 1980s, Bernard Vallée has helped direct the direction of the breed club which has embraced the motto,  “hunting first” to guide them.

The handsome Griffon is recognized by the United Kennel Club as well as the FCI, but curiously, the Basset version created from crosses of the large Griffon is on the AKC’s Foundation Stock Service, but not the Griffon.