Artistic attention to one’s breed is welcomed, unless, of course, the artist “gets it wrong,” but even then, they can be forgiven if the representation is so beautiful as to make one overlook a lapse in conformation. It’s possible that a Borzoi expert may find fault with the work of French artist, Louis Icart (1888-1950), but from our perspective, his renderings of the breed are simply lovely. 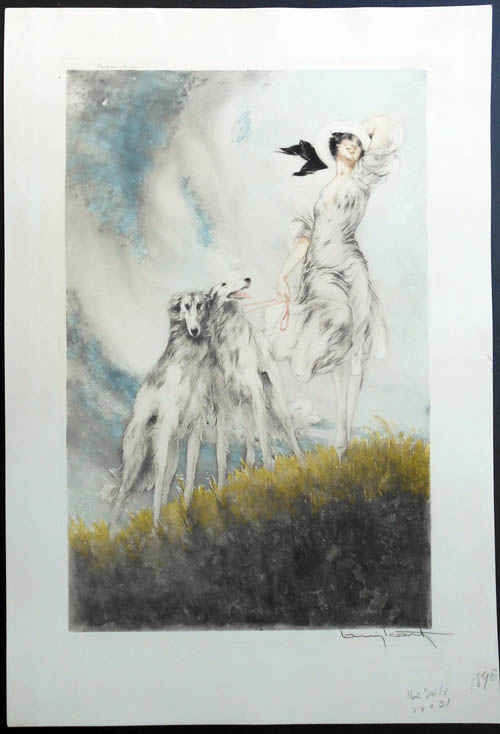 The piece above, “Joy of Life,” was originally created in 1929 (and later printed by Heritage Publications in 1974). One would be hard pressed to find work more “art deco” than this classic. Better known for his sensuous drawings of glamorous women, as well as for his renderings of Paris life in the 1920s, he became a major figure of the Art Deco period whose work surged in popularity in the United States and in Europe throughout the 1920s and 1930s. His interest in fashion came at a time when it was undergoing a radical shift from the fussiness of the late nineteenth century to the simple, clingy lines of the early twentieth century.   It stood to reason that he included in his works the clean lines of Greyhounds and Borzoi, two breeds highly favored during the deco period.