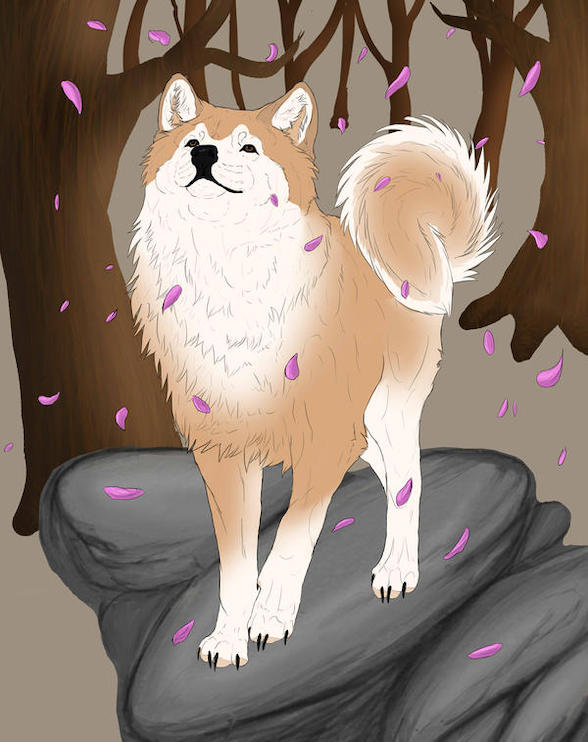 Seeing is believing, and in 1914, the seven million visitors who attended Japan’s Taisho Promotion Exhibition were likely pleased, but also alarmed by what they saw.

The exhibition organized by Emperor Taishō instilled pride in the Japanese by showing that Japan had moved from an age of imitation to one of creativity in terms of industrial technology.  On display was Japan’s first escalator and cable car, as well as its first gas stove/range. Visitors could see that their capital city of Edo, later renamed Tokyo, was on the verge of becoming internationally recognized as an industrialized and modern city. People couldn’t have been prouder.

Perhaps it was this sense of nationalism that so alarmed the people who attended an exhibition of Odate Inu dogs at the same event. The damage done to their native breeds, and in particular, the Akita, by importation and crossbreeding was obvious. To understand how things had gotten to this point, one must go back in time to the turn of the 20th century.

Dog fighting had become very popular in Odate province, and encouraged those who participated to breed for larger, more aggressive dogs.  Akitas were bred to Tosa Inus, a dog originally bred in Tosa, Shikoku as a fighting dog.  The cost was high: Classic types of traditional Japanese breeds had deteriorated. The original strains of the Odate Inu (later to be known as the Akita) had all but disappeared. The public was shocked.

The year after the Taisho Exhibition,  the mayor of Odate began efforts to preserve the original strains of Japanese breeds by banning crossbreeding. In 1919, the province of Akita passed legislation to protect native breeds and declared these dogs to be natural monuments of Japan, a cause championed by Dr. Shozaburu Watase. It would be 1931 before nine breeds were finally declared as natural monuments, and it was at this time that legislation was passed that gave the Akita Inu the name by which we know it today.

A problem, however, persisted. Very few dogs remained, and it was determined that crosses to dogs outside Odate were necessary to expand the gene pool. Enter Kuniro Ichinoseki, a rich landowner who developed his Akita line from a dog named “Ichinosekitora-go.” This dog, in turn, came out of a fighting Tosa named “Gamata.” Sometimes referred to as the “mastiff” type, the Ichinoseki line (also seen written as Goromaru-Go) was one of two major sources used to reconstitute the Akita, and almost all Japanese Akitas in existence today are descendants of this line.

The other source used to increase the gene pool was the Dewa line (also known as the “German Shepherd” type because of German Shepherd crosses that had proliferated during both world wars). This strain, developed from a dog named Dewa-go from the Kennel of Yozaburo Ito, could be traced back to a famous Akita named Kongo-go, one of most popular studs of the postwar era who was advertised as a “national treasure”). When it was realized that his puppies didn’t really resemble Akitas, breeding all but stopped and the line is almost extinct. Only the Kumomaru-go and Tetsuyuki-go lines are considered descendants of the Dewa type dogs today

Both lines (also known as Kongo-Go and Goromaru-Go) had been developed after WWII in the Akita/Odate area. In time, it became apparent that American Akitas inherited the larger body size, wrinkled forehead, and bigger ears of the Dewa dogs, while Japanese Akitas maintained the smaller and unwrinkled appearance of the Ichinoseki line. It was the “Dewa” descendents who caught the eyes of American soldiers stationed in Japan after the war, and it was these dogs the GIs brought home.

Thanks to the post-war efforts of Morie Sawataishi and his compatriots, the Akita was saved and renewed.  They had collected dogs from rural areas and started new litters, and Sawataishi, himself, left a comfortable city life in Tokyo and took to the forests of Japan where he could raised and trained his champion dogs. His story warrants its own post, and that will appear in the future.

Image found uncredited on Pinterest and is believed to be a DeviantArt artist. We’d like to give this artist credit, anyone?