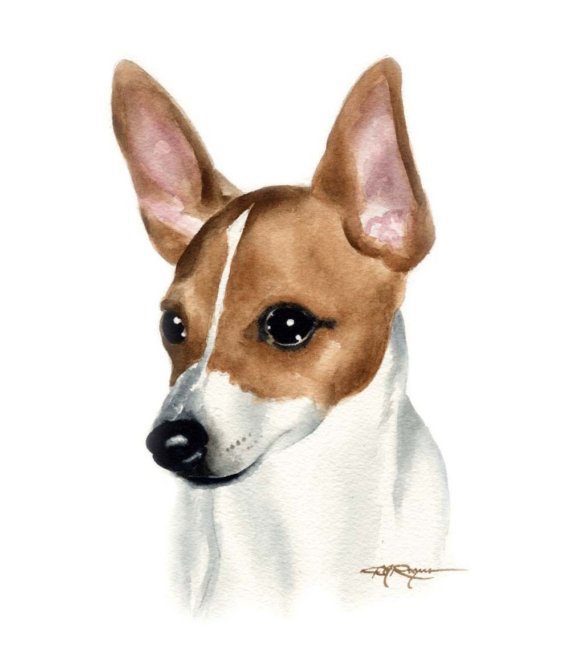 Not every breed can successfully knit together the words, “muscular,” and “elegant,” but this one can. Its breed standard calls for an athletic dog that displays strength and stamina, while moving with a strong drive. This is a self-possessed, spirited dog that is uneasily dissuaded, and certainly not easily intimidated.

One gets the impression of, perhaps, a large, forceful dog, but we’ve just described the Toy Fox Terrier.  Toy and a Terrier, lover and terror of vermin, the Toy Fox Terrier is a big dog in a little package whose enormous self confidence (ok, ego) tends to dominate the world that he feels is his alone. It’s said that most TFTs regard themselves as”Superdog” laced with a bit of entertainer as these dogs have a tendency to “show off, ” sometimes by treeing a fat squirrel marginally smaller than they are!  In their book, The Toy Fox Terrier, Eliza Hopkins and Cathy Flamhotz recounted the breed’s prowess as a farm dog: “The handlers would poke the rats from under the old log houses and the little dogs would catch them. When the day ended, the dogs had accounted for 74 rodents.”  Impressive for a dog that typically measures in at under a foot.