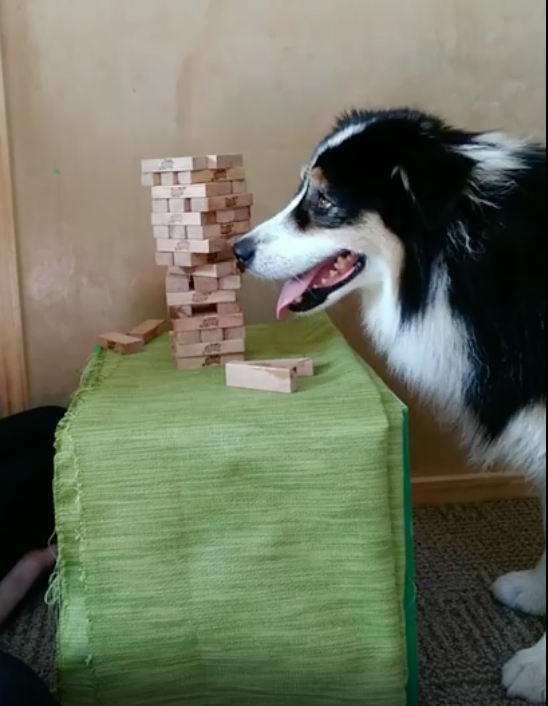 It’s a little amazing. You have to watch “Secret,” an Australian Shepherd, in action to believe that this dog can play Jenga. Secret’s focus is so intense that there were times we had to make sure the video was still playing. Is there a trick to this that we don’t see? Are the blocks that Secret chooses to pull out somehow scented with an enticing smell?  Does it matter? As far as we can tell, Secret still pulling out the blocks on her own, and having to do it ever-so carefully.

I started teaching Secret Jenga a little while ago, and she’s finally getting the hang of it😊♥️ She really enjoys games that require precision like this, so we’ve been having a lot of fun with it!🐾

“I started teaching Secret Jenga a little while ago, and she’s finally getting the hang of it,” owner Mary, who lives in Iowa. “She really enjoys games that require precision like this, so we’ve been having a lot of fun with it!”

In two days, the video was viewed nearly 400,000 after it was uploaded to Mary’s Instagram page. It’s maddening when a dog is better at a game than we are.