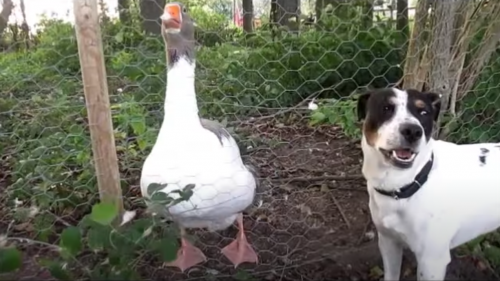 It’s easy to see how the Danish-Swedish Farmdog got its name when one looks at a map of Scandinavia: 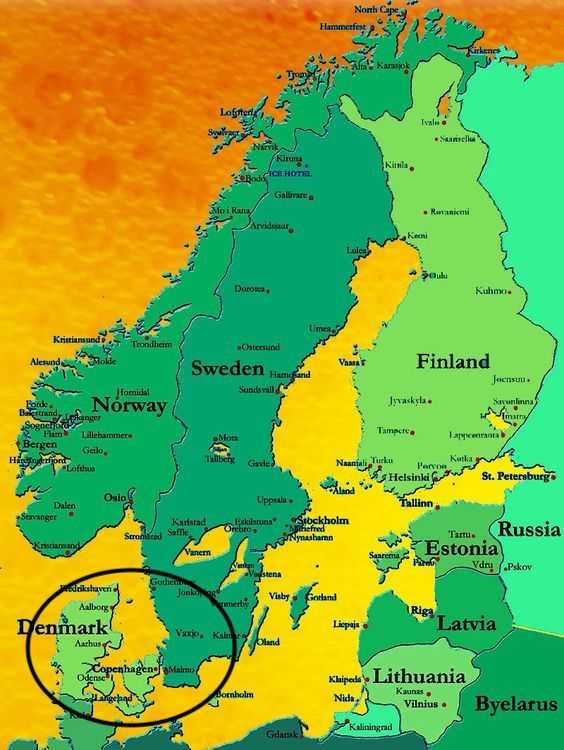 There are only 2.7 nautical miles between the towns of Helsingborg in Sweden and Elsinore in Denmark (neither are seen on this map), a trip that was made in small rowing boats until 1840. When traffic increased, a railway ferry transported travelers in 1892. These days, it’s a 20 minute ride by ferry.

DSFs lived on both sides of The Sound, the narrow strait separating the Danish island of Zealand from the southern tip of the Scandinavian peninsula. They worked on farmsteads in the eastern part of Denmark and the southernmost part of Sweden, so it’s little wonder that when the Danish-Swedish Farmdog became a recognized breed in Denmark and Sweden in 1987, both countries agreed that the breed name should reflect the roots the dog has in both lands. Before becoming recognized, the breed was known under the local names “Skrabba,” “Skåneterrier,” and “råttehund” (though the Swedish Kennel Club has always asserted that the name, Skaansk Terrier, comes from the place the breed is believed to have originated: Skaane, a region in southern Sweden). The countries also agreed on the breed standard as written by Swedish judge and breeder Lars Adeheimer, and Danish judge Ole Staunskjaer.

Before moving on to the Danish-Swedish Farmdog in the United States, meet “Norton,” a DSF we found in a short video clip:

To reiterate, the impact of the close proximity between two countries is reflected in the breed’s name, but with the Internet, the importance of “location location location” was minimized when it came to establishing a club for the breed in America.

Never doubt the impact that a book (or playing cards!) can have on a breed. Seeing the Danish-Swedish Farmdog in Bruce Fogel’s Encyclopedia of the Dog lead Melody Farquhar-Chang to want one of her own, and in 1998, she imported a DSF to her home in California.

Brita Lemmon, also of California, had seen the same breed in the same book, and in 2000, she imported her dog from breeder, Lilian Christensen, after doing her homework on the Internet. Lilian “introduced” Melody and Brita to each other.

Meanwhile in Wyoming, Helene Riisgaard-Pedersen of Wyoming searched for the dog she remembered as a girl, and through a network of Danish breeders, Helene got connected with Melody and Brita after she imported her dog, “Maddy” in 2002.

An email friendship among the three women was formed, and it was their enthusiasm for their new dogs that laid the foundation for the American Danish/Swedish Farmdog Club. Indeed, Melody, Brita and Helene were the founding members of the board of directors for the club.  From the Danish-Swedish Farmdog Club of America website: “They drafted a constitution, mission statement and code of ethics while showing their dogs at an American Rare Breed Association (ARBA) show in Hayward, California in 2004.  Melody had already produced two US-born litters using Danish sires.  These offspring, however, born of pedigreed parents were not pedigreed themselves either in Denmark or in the USA.

“All three women had maintained contact with the breeders who had helped them to originally get their dogs.  These Danish breeders knew that they were actively showing their dogs with ARBA and working on creating a breed club.  This connection helped the Danish breed club (Dansk/Svensk Gaarhund Klub) recommended that the Danish Kennel Club…accept ARBA as a US registry for US-born Danish/Swedish Farmdogs. Melody’s Kennel Flora’s third litter, by Gonzo’s Hannah became the first US-born litter with ARBA pedigrees.”

The first US Danish/Swedish Farmdog specialty was held in Longmont, Colorado in 2006 and Lars Adeheimer, co-author of the breed standard, attended to judge and critique participating dogs.