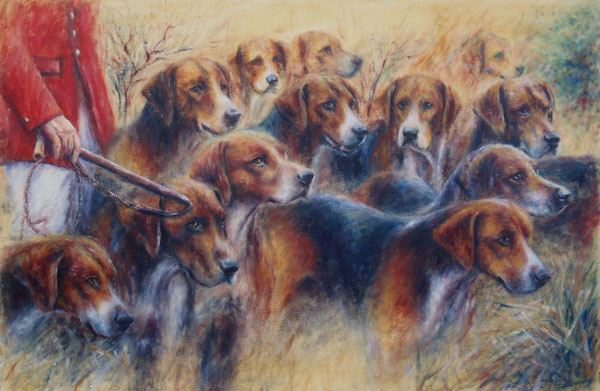 And then there are those posts we share that come from one source alone, and while seemingly a reliable one, we can’t find corroboration. To be fair, sometimes the information predates anyone alive today, or it’s about a less common breed, but it’s times like this that we hope a reader will weigh in.

In the UK, Foxhounds aren’t typically seen in a domestic environment until the hound is retired because according to Joan Palmer, author of “Dogs, an English Foxhound either cannot be, or isn’t typically, purchased in Britain by individuals, but rather by hunt clubs. Unlike the American Foxhound, the breed isn’t exhibited other than at special hound shows. Sometimes hunt supporters can walk a Foxhound pup, but it always returns to its pack. Bred for centuries since at least the 16th Century, there have been over two hundred and fifty packs of Foxhounds in Great Britain, the operative word being “pack.”

If this is incorrect (or it’s spot on), we’d like to hear from you.