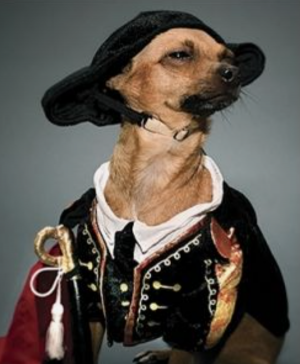 We think it’s called “going down a rabbit hole:” Researching one topic only to get sidetracked by a term one encounters that begins a journey to somewhere else. That’s what happened to us as we were investigating a rare Norwegian breed and came across the term, “Matador Breeding.”

We were pretty sure this didn’t refer to reproducing bullfighters (warning, editorial statement ahead: Does the world really need more people who kill bulls for a sport that also gets horses gored?)

We learned that in some countries, matador breeding refers to stud dogs used more than once. According to Astrid Indrebo, DVM, PhD who wrote a paper for the World Small Animal Veterinary Association World Congress Proceedings in 2006, a basic recommendation should be that no dog should have more offspring than equivalent to 5% of the number of puppies registered in the breed during a five year period. We leave the debate over the wisdom of this view to breeders, but we wanted to explain the term in case anyone else comes across it.

This image comes from Karen Ngo’s book, Indognito: A Book of Canines in Costume, published in 2008. Ngo, originally from San Francisco, worked in the fashion industry in New York City as a creative director and entrepreneur.