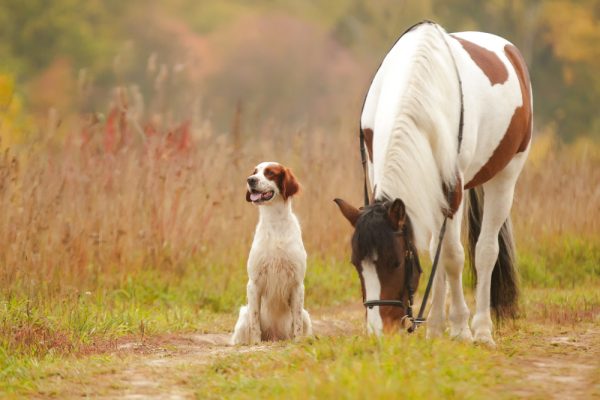 Possibly the most famous layered drink in the world is the “black and tan,” or “half and half” (though as Smith and Currans fans, we might argue the point). Black and tans were first concocted in the early 1900s in England and so named  for obvious reasons: It took two different types of beer to make the drink, a dark beer and a light beer. While the original “tan” at the bottom was typically Bass ale, these days it’s more common to use Guinness Draught Stout.

As for the Guinness, we’d have to go all the way back to 1759 to meet the originator of the Irish dry stout, Arthur Guinness. One of the beers that Arthur began brewing at the St. James Gate Brewery in Dublin was a dark beer with a white head. Within ten years, Arthur was exporting the brown nectar to England. Today, it is the best-selling alcoholic drink in Ireland, is brewed in almost 50 countries, and available in over 120. Not bad for one of the oldest beer brands in the industry. 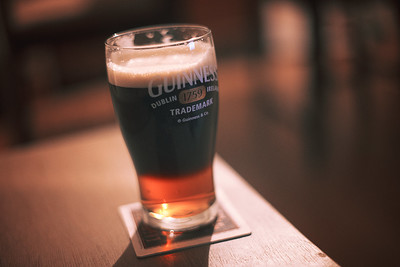 “Black and Tan” by SGPhotography77 is licensed under CC BY-ND 2.0.

As things of Irish origin go, however, the Irish Red and White Setter is still older (and you wondered how we were going to work dogs into this post). Early seventeenth century paintings and written descriptions that show and describe white “setting dogges” with red markings prove it. Neither is there any dispute that the Irish Red and White Setter was the original Setter from Ireland.

Breed experts have held fast that original Irish Setters were always white with red markings, a remnant of their alleged early spaniel roots. The white dogs with red markings ranged from dogs that were nearly all white or all red to dogs that had a “shower of hail” coloring. The breed was eclipsed by the red setter at the end of the 19th century, but that is a different topic. In this post, we’re sticking to color and markings.

We checked the standards of the Kennel Club, the AKC, and the FCI,  and universal to them all is that the IRWS has a white base coat with “patches” or “islands” of red.

For those who are interested, the sections on color from the aforementioned registries appear below:

From the Kennel Club: Clearly particoloured, i.e. base colour pearl white, solid red patches. Mottling or flecking but no roaning permitted around face and feet and up foreleg to elbow and up hindleg to hock.

From the AKC: Color: The base color is white with solid red patches (clear islands of red color); both colors show the maximum of life and bloom. Flecking but not roaning is permitted around the face and feet and up the foreleg as far as the elbow and up the hind leg as far as the hock. Roaning, flecking and mottling on any other part of the body is objectionable.

From the FCI: Colour: Base colour white with solid red patches (clear islands of red colour), both colours should show the maximum of life and bloom; flecking but not roaning permitted around the face and feet and up the foreleg as far as the elbow and up the hindleg as far as the hock. FCI-St. N°330 / 15.06. 2005 5 Roaning,flecking and mottling on any other part of the body is objectionable.

In her book, The Irish Red and White Setter, author Patricia Brigden states that the breed should look like a white dog with red patches as opposed to a red dog with white patches. She also mentions that if a dog’s patches form a saddle on the dog’s back, it’s no reason to withhold the dog from competition, but it isn’t as pleasing as a dog with clear “islands” of red.

Where it gets interesting has to do with the photo of the dog with the horse.  Brigden says that if a dog has a really large patch on its back that crosses over the dog and goes right down both front legs, it is sometimes called a “horse blanket” (hence, our use of the dog + horse photo. Clever, right?) According to Brigden, such a dog shouldn’t be exhibited or bred as it is mismarked. Note that the dog in that horse photo does not have a horse blanket.

Still, we were curious to know how this would look. It would please the author to know that try as we might, we were not able to find a photo of an Irish Red and White Setter with the “horse blanket” marking, so we made one up. Thanks to our friend, Melody Falcone, we can show you what this would look like after she refashioned a vector from a stock photo service: 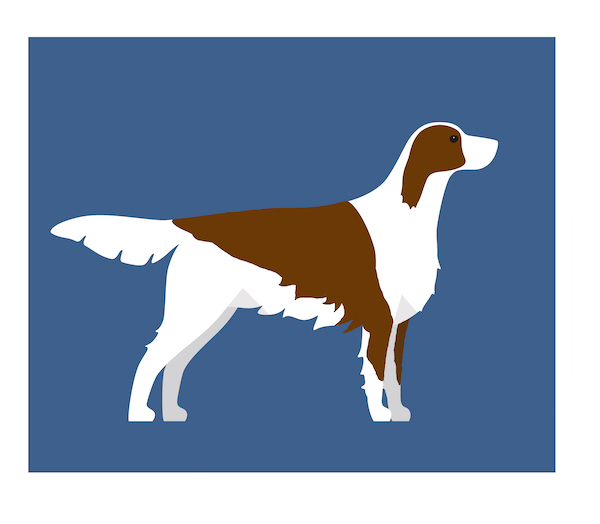 There is something else that Brigden wrote: In her view, if a dog is nearly all white, it must have a patch over both eyes. The dog in the horse photo does. That said, you’ll note that none of the aforementioned standards mention eye patches or ear color, nor do any mention percentages of colors. The dog world is rich with opinions and preferences, but in a breed with a small gene pool, it always pays to heed the breed standard.

Image: Irish Red and White Setter with Horse in Autumn by Natalia Fedosova via Shutterstock/