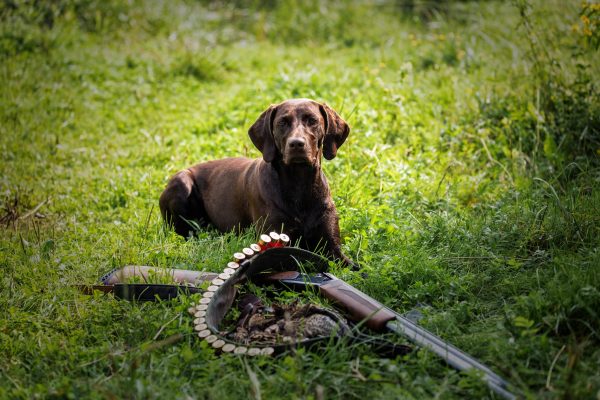 Whether it’s a swim meet, flower show, or photography competition, few people enter a contest of any kind to lose. It’s no different in the world of dogs, of course. From agility and weight pulls to conformation, we want our dogs to fare well.  To someone outside that world, some events may seem more subjective than others, but trials that are timed or where mistakes are obvious, it’s easier to understand.

Field trials, for instance. A judging team looks for a quick and unfussy pick-up of a downed “bird” followed by a fast return. From time to time, most dogs will put a bird down to get a firmer grip on it, and in that event, the dog will be marked down for a sloppy retrieve. The handler, too, may be marked down for snatching or dragging the retrieve from the dog’s mouth.

If a dog has been sent for a downed bird and essentially says, “Meh” (which is to say he or she could care less about the bird), it will be called up. Other dogs will then be given the chance to do the same retrieve, and this scenario presents the chance of an “eye-wipe.”

Eye wipe.  It’s not a pre-moistened cloth for dry, red eyes. It’s a British term – possibly used only in the UK  – for when one dog fails to find a retrieve, but the next dog does.  In the case of a field trial, the bird is often found by one of the judges.

Put another way, when one dog fails to find a bird he was supposed to find and the next dog sent for the bird succeeds in retrieving it, he or she is said to have wiped the eye of the first dog. The horror.

A high performance score is generally given for an eye-wipe. If both dogs fail to get the bird, then typically both are dropped given that they had the chance of picking up the scent while it was still fresh, but failed to do so.

We share an example of how the word is used. The following review of a recent field trial has been paraphrased:

The first day of the trial involved a muggy start, an unrelenting hot sun, some challenging scenting conditions and impressive eyewipes from Orange Flame’s Ft Ch I Find The Other White Meat and Gerald Brown’s CH Known to Countersurf of Rochester.  The seven dogs left in the trial continued into day two.

On the second day, the seven remaining dogs withered under the pressure (or perhaps it was the heat) in short order to the four dogs in the awards. Credit was given to some good eye wipes in thick cover.  Ft Ch I Didn’t Do It did a fabulous retrieve that will stay long in the memories of those who saw this dog in action! And the dog work that CH Sheds More Than Humanly Possible produced over the two days was absolutely fantastic. Longer retrieves and an unfortunate four dog eye wipe by the judges resulted in the award winning three dogs.

Our British friends find that the custom in their retriever field trial helps insure that the best dogs tend to win.