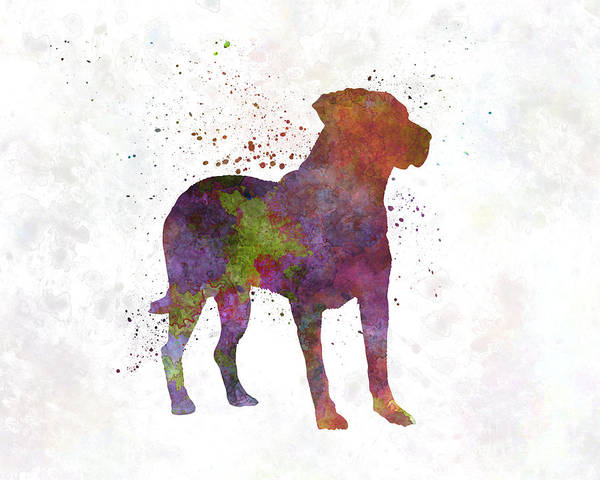 Uruguay’s only recognized native breed, the Cimarrón Uruguayo, is so little known outside the country that as of 2002, it didn’t have an English version of its name. The word, cimarrón, which literally means “wild” or “untamed,” was deserved.  Ancestors of the Cimarrón were abandoned in the wilds when the people who had brought them there, colonists and conquerors, left the country. The dogs became feral, but with ample food and no known predators their numbers grew.  You can learn more about the breed’s journey from being a “wild thing” with a bounty on his head, to being a farmer’s biggest helpmate here.

In this post, we touch upon the breed’s impressive physique. A molosser type dog, it’s thought that the robust Cimarrón primarily descended from the Alano Espanol, a muscular breed in its own right. A male Cimarrón can hit 105 pounds, most of it muscle and strong bones. It has a powerful muzzle slightly shorter than his skull. Because of their past, only the strongest, most intelligent, and healthiest dogs 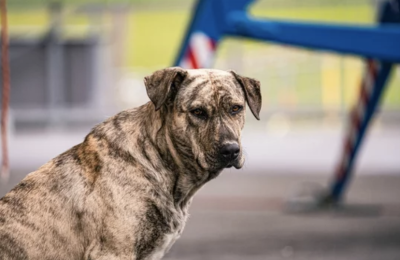 survived to more modern times, and thus, this dog’s appearance commands respect. The Uruguayan Cimarron is thought by some experts to have been a large factor in the diminishing number of large cats such as cougars and jaguars in the country, neither of them weak animals. In fact,  Uruguayan national hero José Artigas once said: “If I end up without soldiers, I will fight with Cimarróns.”   Not for nothing has the breed been nicknamed the “prize-fighter of the canine world.”

While Cimarróns are not recommended for first time dog owners, this is due in large part due to the necessity of taking the time to socialize and train the dog with an awareness of how dogs think, and this is a thinking breed! That said, they make loyal, affectionate pets for the right owners.

The breed was accorded with great respect when a stamp of a Cimarrón was issued in 1995. It is now a national symbol in the country, and indeed, the Cimarrón is the mascot of the National Army of Uruguay. On every July 18th during the annual Constitution Day parade, a soldier of the Artigas Blandengues Regiment walks alongside a Cimarrón Uruguayo.

The Uruguayan Cimarron was recognized as a breed in 1989 by the Uruguayan Kennel Club. The FCI temporarily recognized the breed in 2006, but full recognition didn’t happen until 2017.