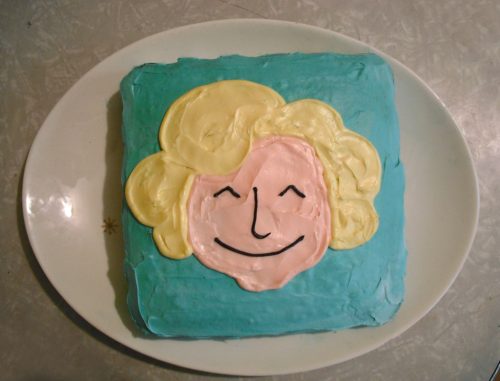 Betty White died the other day, just a couple of weeks shy of her 100th birthday.

Most everyone loved the television Betty White for the different roles she played. Early on, she and her glib tongue were fixtures on game shows like “I’ve Got a Secret,” “To Tell the Truth,” “What’s My Line” and “Million Dollar Password.” In 1971, she hosted “Pet Set,” a syndicated series in which celebrities would drop by with their pets. She would become better known as the devious and man-crazed Sue Ann Nivens on the classic sitcom, The Mary Tyler Moore Show, the dim and slightly oddball, Rose Nylund, in “The Golden Girls,” and as the salty elderly Polish widow in “Hot In Cleveland.” She voiced “Bitey White,” in “Toy Story 4,” and in 2010, she became the oldest host of “Saturday Night Live.”

Anyone who missed those shows might still know her from the popular commercial below:

White holds the Guinness Book of World Record title for having the Longest TV Career for an Entertainer (Female), which she was awarded in 2014.  Everyone rooted for Betty White to celebrate her 100th birthday, and it saddened a lot of us that she wouldn’t be able to. Someone posted on a social media platform that Betty White didn’t really die, she “grabbed 2021 by the throat and whispered in its ear, “I’m taking you with me, you son of a bitch.”

We can believe it.

In her life, Betty White had twenty-six dogs including Bandy, a Pekingese, Stormy, a St. Bernard, and Danny, a Miniature Poodle. She was once quoted as saying, “Once someone has had the good fortune to share a true love affair with a Golden Retriever, one’s life and one’s outlook is never quite the same.” Indeed, at the time of her death, Betty lived with her Golden Retriever,  “Pontiac,” a career changed guide dog whom she often featured on her Instagram page.

Her advocacy for animals was more complicated. We were on board with her dedicated support for local shelters, and her work with the Los Angeles Zoo Commission, the Morris Animal Foundation, African Wildlife Foundation, and other animal rights groups, while commendable, were in our view, sometimes misguided. She loved animals, that was clear, but as they say, the road to hell is paved with good intentions. Appearances she made on behalf of PETA were ill-advised, and years later, she must have realized as much because she expressed her disapproval with PETA saying that they “played dirty” by giving out misinformation and disinformation.

Most sources refer to White as “a pioneering animal rights activist,” but that, too, was something she must have reconsidered. In 2009, she said, “Health and welfare, that’s all I’m interested in,” as she cautioned against being labeled an animal rights activist. On that score, we were fully in her camp as there is a distinction between animal rights and animal welfare. People can and do change their minds, and based on her quotes, we think Betty came around.

We remember Betty White not only for the joy she gave so many people with her sharp performances, but for raising awareness of animal issues, and changing her mind publicly when she felt she got it wrong.

Image: The Betty White Cake by Abbey Hambright under a CC BY-NC-ND 2.0 license.