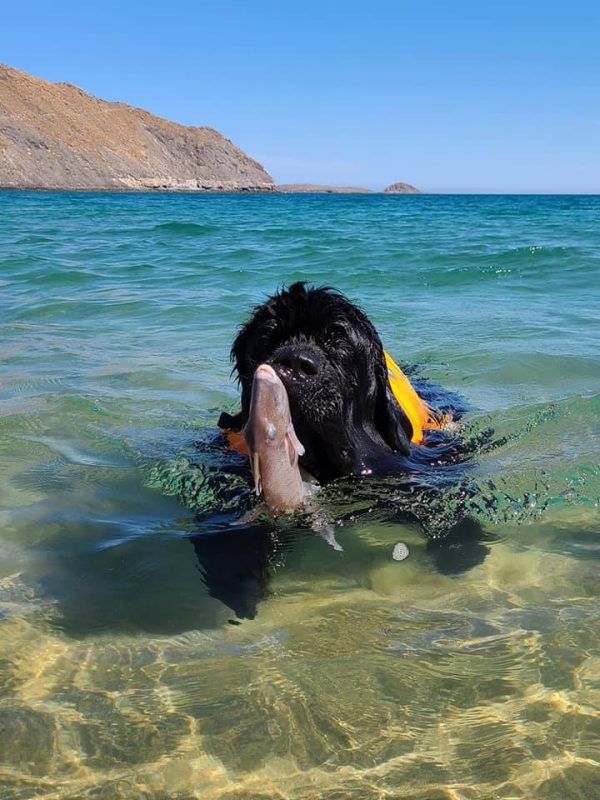 For every flock, gaggle, or herd of animals that have been kept by man for his own sustenance, there is probably a dog that was developed to control its movement. Over millenia, indigenous people, pioneers, settlers, ranchers, and farmers have created, developed, or refined dogs born with an inherent urge to control the movements of these animals which have included reindeer, cattle, sheep, ducks, and even llama.

Some canines have been persuaded to direct their attention to shoals of fish. One of them, the Fuegian Dog, is now extinct, and it wasn’t really a dog as we think of dogs. It was a member of the Canidae family, a domesticated form of the culpeo which is similar to the fox, but more closely related to wolves and jackals.

Today we usually think of the Portuguese Water Dog when it comes to working with fish; the breed was originally used widely by fisherman in Portugal to fetch nets, ferry messages between boats, and yes, herd fish into nets. Did these dogs catch fish, too? Probably. But as you can see in the video below, fish-catching talent isn’t confined to the PWD:

“Rani” is a Golden Retriever, and in the video posted on You Tube back in 2016, she caught a bluegill. Her owner, Patty Aguirre, says she has caught dozens of fish and some turtles, and does it by floating bread under her mouth as bait. The Mississippi dog was in training to be a service dog, but she found a second calling as a fisherman during a day at the lake near her Saltino home.

Lest you suspect this was a “one off,” think again. Rani managed to snag a really big fish in the video below:

Rani was evidently a “catch and release” kind of girl because after catching the catfish, she let it go.

As you can see from our thumbnail image, and the photo below, Newfoundlands can also be “fishy” dogs. One of the Newfoundlands owned by Kristi & Tracey Lawton (and shared with us by Denise Hatakeyama) turned out to be a fish catcher, something that was discovered during a vacation in Baja. One of Kristi’s other Newfs tried to catch a crab! 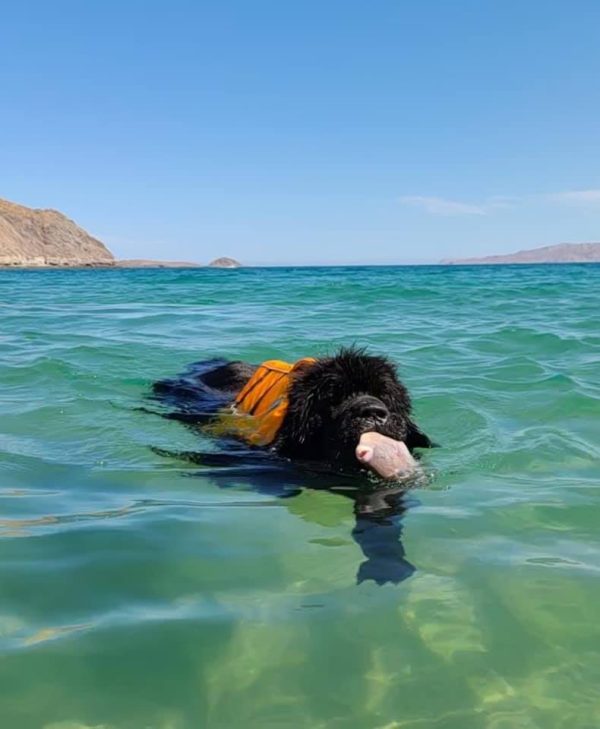 Do you live with a “fish catching” dog, too?

Newfoundland photos by Kristi Lawton appear with her consent