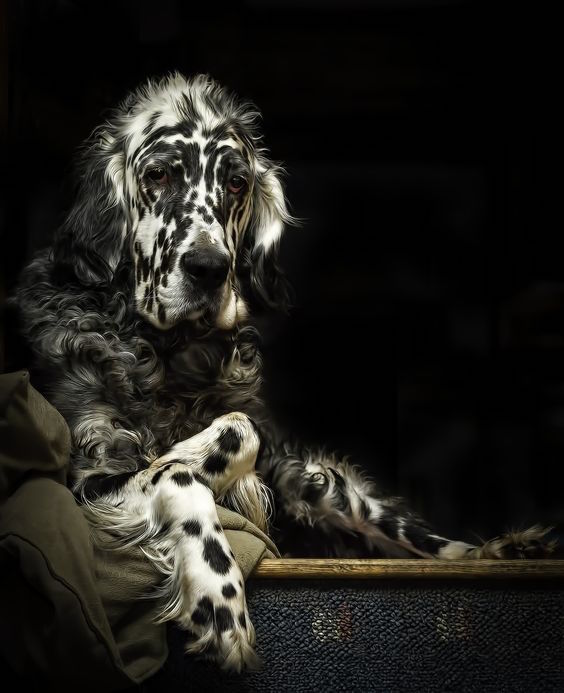 Hankie alert (but in a sweet way):

We consulted breed experts to make sure we would be accurate in suggesting that the Nancy’s dogs in the video are Ryman English Setters, a line of “gentlemen’s foot hunting” setters developed by George Ryman during the first half of the 1900s. Ryman used crosses of early show and field trial/Llewellin lines to create his distinct type of setter famous for needing little training and working closer than other setters. Early show lines gave these setters a classic head with a square muzzle, while field trial and Llewellin lines gave them a more athletic body that could move efficiently through bush. Rymans are usually ticked with color all over, and have attractive, but modest feathering.

It’s said that true Rymans have been gone since George Ryman’s death, but that his “type” of setter has been kept going by a small network of dedicated breeders, most of them serious hunters who breed the dogs to suit their needs in field performance.  As far as we can tell, this had lead to a variety of sizes and appearance, all fitting under a larger umbrella term of “Ryman-type.”

There is one English Setter breed, but in the interest of passing along information, we’re sharing a type found within the breed.

Ryman English Setter by Andrew Lawlor is available as a print here.

2 thoughts on “The Ryman Line of English Setter”