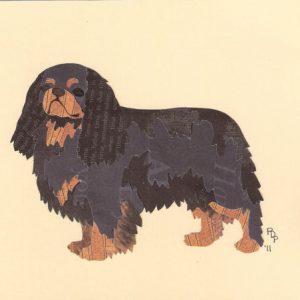 Only two toy breeds gained AKC recognition before the English Toy Spaniel: The Yorkshire Terrier and Pug (both in 1885). The English Toy would have to wait a whole year to get the nod.

While the first written reference to the breed in England was 1570, “Charlies” or “ETs” have had a long association with royalty. Legend has it that when King James II (brother of King Charles who adored the breed) was shipwrecked off of the coast of Scotland in 1613, he was forced to abandon ship and ordered the crew to “Save the dogs!” Almost as an afterthought, he added, “And Colonel Churchill” (ancestor of Prime Minister Winston S. Churchill).

The breed we “Yanks” calls the English Toy Spaniel is known in England as the King Charles Spaniel. Why? As the story goes, when a group of breed enthusiasts who joined forces in 1885 to form the Toy Spaniel Club couldn’t agree on an official name for the club, a major quarrel ensued.  People with powerful connections appealed to King Edward VII, himself, who let it be known to the Kennel Club that he wished for the club to be known by the breed’s historic name. The Kennel Club deferred to his royal wish, and the name, King Charles Spaniel Club, was officially adopted.

English Toy Spaniel created from 10 to 20 individually hand cut pieces of paper, layered and mounted on color stock so that no two are the same, by Patricia Peters – CanineCutUps
https://www.etsy.com/shop/CanineCutUps