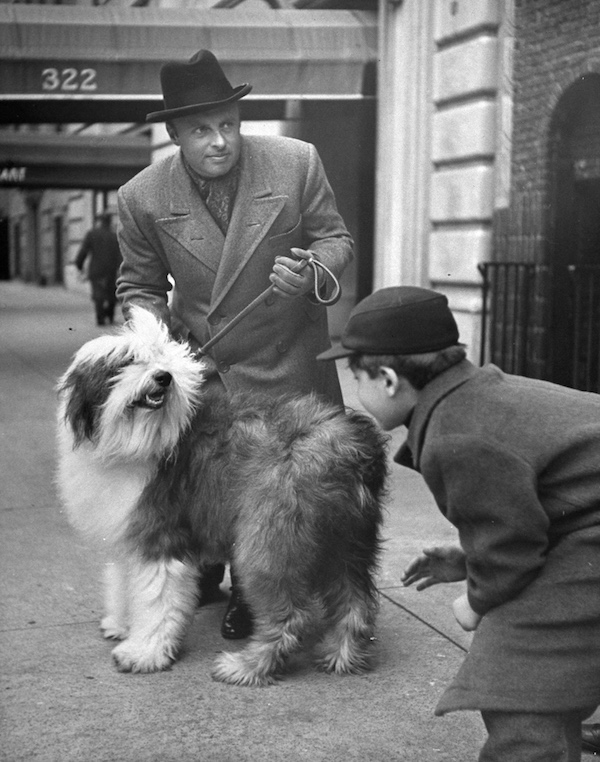 Nina Leen was a Russian-born American photographer who adamantly refused to reveal or even discuss her age, but it hardly mattered in light of her timeless photographs. She was a contract photographer forLife Magazine from 1945 until 1972 when the magazine switched from a weekly publication to a monthly one, and her images appeared on more than 50 of the magazine’s covers.

Her first camera was a Rolleiflex which she taught herself how to use. It didn’t take long to develop what would become her signature style: Intimate and stylized portraits of animals at New York City’s Bronx Zoo. Indeed, one of her favorite early jobs was working as a photographer at the zoo. Her subjects ranged from ancient tortoises to bats (with which she seemed to have an affinity), but the one assignment which most impacted her life wasn’t even one in which she was the photographer. Her colleague, Leonard McCombe, was covering a story 1949 when he encountered a dead dog, and her cowering, frightened, filthy — and very much alive — puppy. Unable to simply leave the puppy there, he shipped it to the LIFE offices in New York where Leen, notorious for preferring animals to people, adopted it. It didn’t take long for the puppy to be dubbed “Lucky,” or to became America’s pet. Nina took Lucky with her everywhere, and even documented Lucky’s post-rescue adventures in articles, a book, and even a short film.

After LIFE closed its covers in 1972, Leen continued to published books throughout the 70s, including a groundbreaking work on her beloved bats. Nina Leen died in 1995, age unknown, but before she left this earth, she left us wonderful photographs of dogs, as well, many of them on leashes held by celebrities. You can see many of these photos from 1944 here (scroll down to page 71 – and don’t miss the one of actress, Joan Caulfield, prying her Westie out of the bushes!)