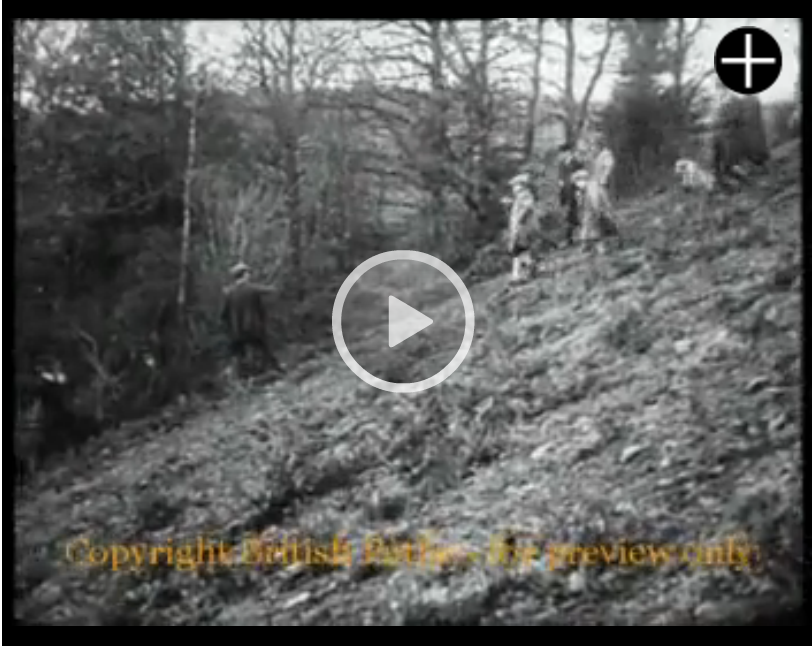 a) A term that describes the correct texture of a Dandy Dinmont coat;
b) Latin for the spot between the last rib and the pelvis;
c) Gonad envy;
d) A certificate of gameness;
e) Gaelic for “purebred dog”

Up until the Irish Kennel Club ceased to license trials in 1968, a terrier (principally Soft Coated Wheaten Terriers, Kerry Blue and Irish Terriers) had to obtain a “Teastas Mor” certificate of gameness in order to receive a championship title. Strict rules governed the trails to ensure that the trials between dog and rat, rabbit or badger, were fair. In a trial the terrier had a time limit of 5 minutes to point out the position of the critter so it could be dug out.

The video clip that follows isn’t of an actual Teastas Mor trial, but a very brief video snapshot from 1923 of a working terrier going to ground.  It’s safe to watch. The dog goes in, the badger is pulled out and is ultimately bagged to be relocated to a new spot where it can’t do any harm. The dog isn’t hurt, the badger isn’t hurt (though we suspect he’s pretty irritated) – it’s simply terrier men dealing with what they see as a problem on their land and using dogs to deal with it:

In 2004, a group of enthusiasts in the United States learned the details of the Teastas Mor and held practices in New Jersey and Connecticut, while another group held practices in California. They named the new dog sport, “Strongdog” and were interested in eventually having Strongdog recognized by the AKC and the American Working Terrier Association (AWTA).

As of 2015, they were working out details on appropriate tests and standards for the work that terriers would be required to do while complying with current sensitivities about the quarry. In Strongdog, raccoon or badger skins are sewn together and filled with between 15 to 40 pounds of sand and weights to appear whole again. The “quarry” is pulled through tunnels on a rope, and US groups are working out details regarding the best ways to pull the bait as well as the best weights.

You should know that there is a sentiment among some that “strong dog” trials are nonsense, and were simply created by terrier owners trying to find a sport equivalent to American “earth dog” trials, but more suitable for a larger terrier. At this writing, we don’t have enough information to validate one viewpoint over another, but wanted to pass along the meaning of Teastas Mor.