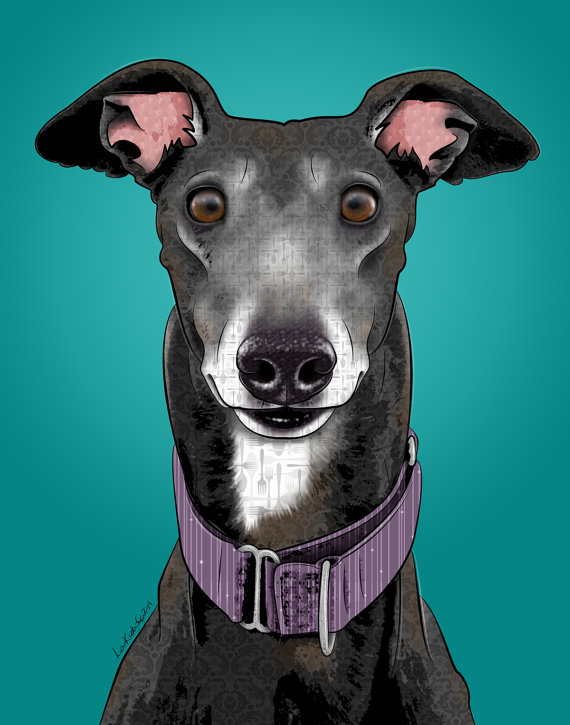 What’s in a name?

There are various explanations for the origin of the name, “Greyhound.” Some experts suggest that the earliest Greyhounds were mostly grey in color leading to their name, GREYhound. Others believe the term comes from the Old English words, “grei,” meaning “dog,” and “hundr,” meaning “hunter.” Another theory is that it’s derived from “gre” or “gradus,” meaning “first rank among dogs.” A final suggestion is that the term derives from “Greekhound,” since some believe the hound was introduced to England via the Greeks.

Image of “Calli” by Lisa Kostrzynski